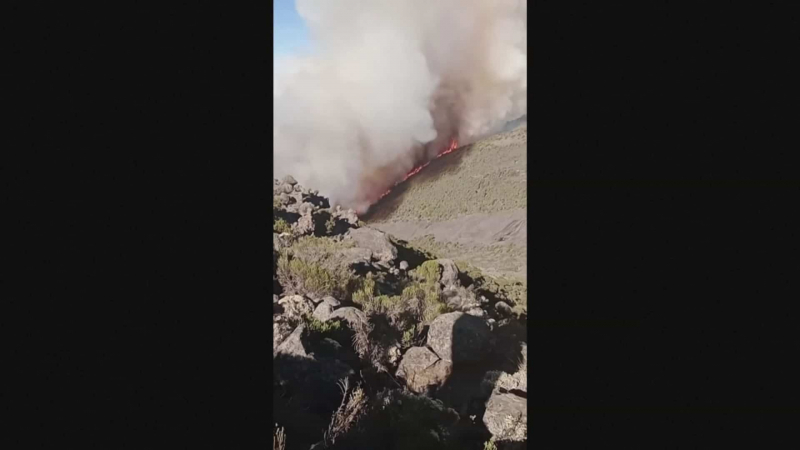 Several fires continue to spread across Mount Kilimanjaro, Tanzanian Prime Minister Kassim Majaliwa announced on Thursday, as hundreds of police and volunteers are mobilized to contain the fires, which have lasted for two weeks .

The fire, whose origin is still unknown, started on October 21 near the Karanga camp, about 4,000 meters above sea level, a crossing point for mountaineers during their ascent of the “roof of Africa” ​​(5,895 meters).

The flames then spread to other sites, consuming approximately 33 km2 of vegetation in Kilimanjaro National Park .

“While efforts were focused on the Karanga area, other fires broke out in the Mandara (…) and Ubetu Samanga (…) areas in Kilimanjaro National Park, affecting natural vegetation and wildlife,” Kassim Majaliwa told parliament, without giving further details.

Local authorities did not respond to AFP's requests.

“Efforts to contain the fires continue” and the situation is “under control” in most areas, said the Prime Minister.

About 900 soldiers have been mobilized to support firefighters and volunteers in the Karanga region.

An emblematic mountain whose snow-capped peak is known throughout the world, Kilimanjaro and the area around it are classified as a national park, listed as a UNESCO World Heritage Site.

With a total area of ​​more than 750 km2, the park is home to a remarkable ecosystem, with a rich flora and fauna composed of elephants, buffaloes, antelopes…

This fire comes exactly two years after a fire that ravaged, for a week in October 2020, 95 km2 of slopes, without causing any casualties.