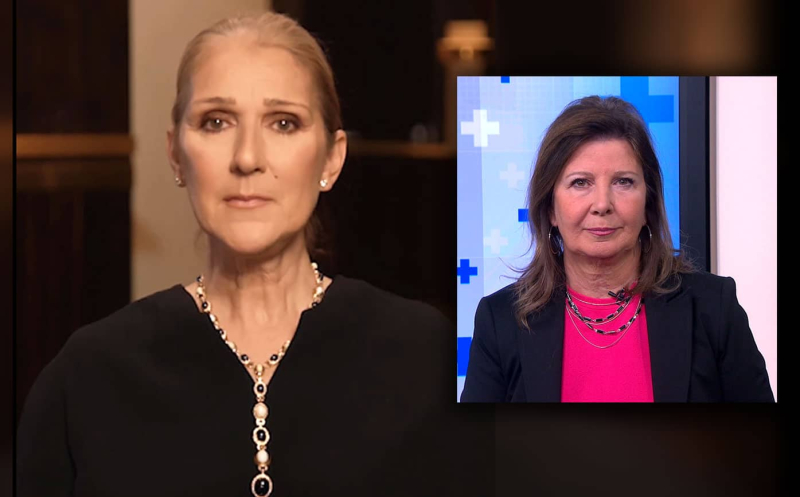 The serious neurological and degenerative disease from which Celine Dion suffers compromises not only her tour, but very possibly the rest of her career on stage.

Stiff person syndrome (RPS) can be linked to three causes.

It can be of paraneoplastic origin and develop due to the presence a certain type of cancer.

“We imagine that we have certainly investigated this on the side of Celine Dion and this is not the case,” explains pharmacist Diane Lamarre in her segment to Mario Dumont on LCN.

The syndrome can also be “idiopathic”, i.e. of unknown origin.

It is however the autoimmune cause that seems to affect Céline. In this case, the immune system attacks muscle control enzymes.

"Recently , I have been diagnosed with a very rare neurological disorder called stiff-person syndrome, which affects something like one-in-a-million people." https://t.co/cLbVkEGaMx

“If it is really autoimmune in his case, we are able to trace the antibodies, and what can be prescribed. There are treatments that aim to relieve the symptoms, we talk about muscle relaxants, corticosteroids when there are acute attacks.”

“It can thwart the production of antibodies”, adds Diane Lamarre.

Other measures can “purify the blood of antibodies”. A stem cell transplant can also be considered.

Listen to the Durocher-Dutrizac meeting with Sophie Durocher at the microphone of Benoit Dutrizac on QUB radio :

The very rare degenerative disease is also particularly painful for those affected.

“It is a very painful disease because of the spasms. There is a rigidity, but beyond that, there are spasms that can last a few seconds, a few minutes or up to hours,” adds the professor at the University of Montreal.

The spasms usually begin to be felt in the trunk, abdomen, then legs and arms.

“Celine seems to say that she has difficulty walking , so we understand that she already has spasms in her legs. Obviously the vocal cords are controlled by the muscles and therefore to have some impairment to one's ability to sing is very sad,” adds the pharmacist.

It is therefore difficult to predict what state the singer will be in a few weeks before a show, when the symptoms of the disease suddenly appear.

“It's really performance that she does on stage, so it's worrying.”

However, it remains difficult to imagine seeing the singer performing, running, and dancing on stage as before, believes Ms. Lamarre.

“It seems very difficult unless she has a period when it would be well controlled. For the moment, we feel very touched, affected. She had been describing her spasms for a few years, without having a diagnosis. At least the diagnosis is known, it's a step taken.”

What are the prognoses for the future?

“It's a disease that evolves, there are people who have short periods where it stabilizes and where treatments manage to control the symptoms, but there is currently no cure, unfortunately.”

***See the full discussion in the video above.***