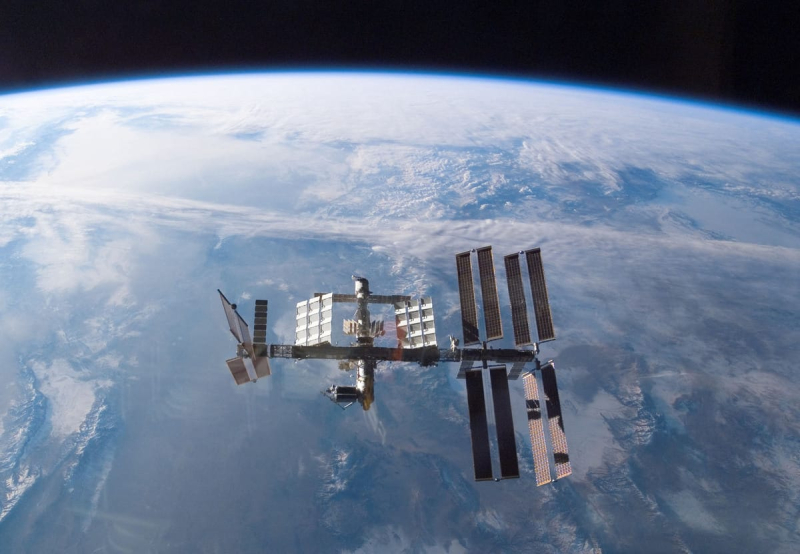 The geopolitical dynamic linked to the invasion of Ukraine and which has persisted for a year could jeopardize international space exploration projects such as sending the first human to Mars, experts fear.

“I do not believe that the astronauts of the International Space Station (ISS) are in danger, but the current political situation makes one think. It will certainly lead the partners to rethink major international projects,” says Philippe Henarejos, editor-in-chief of Ciel et Espace, a magazine devoted to the sciences of the Universe.

There are currently three Russians, three Americans and a Japanese in the station. They form the 68th crew of the ISS, whose mission is to better understand life in weightlessness. Even if research and maintenance work in space is apolitical, the situation on Earth inevitably has an impact in this confined space.

As soon as the war in Ukraine began, Russia – which had greatly reduced its science budget under Vladimir Putin – announced its withdrawal from the International Space Station for next year. It is clear that a year later, the situation on Earth between the two countries has not improved.

“Take the manned flight shipment to the planet Mars. A project that seemed possible before the invasion of Ukraine. For such projects to work, it will take a lot of money and common intentions. I don't see how that could happen if the main countries involved in space exploration don't work together,” he said. to her to reconquer the Moon, but she does it independently, without the help of the West. The deployment of the Chinese space station, completed three months ago (see other text), is further proof that it wants to stand out and, above all, to go it alone.

In the ISS, everyone has their task. The Russian crew, for example, is responsible for keeping the largest spacecraft in history in the correct axis. If he ceased to carry out this work, the station could undergo an “uncontrolled de-orbiting” and fall “on the United States or Europe”, as Dmitry Rogozin, the former boss of Roscosmos, put it. Russian space agency.

He highlighted this risk on February 24, 2022 after a meeting with President Putin.

The uncontrolled fall of the Station is a theoretical possibility, but precautions will be taken to avoid it, argues Mr. Lamontagne. “The people up there are professional. They may discuss the political situation, but avoid discord. A bit like our family dinners in Quebec, where we avoid talking politics during referendum campaigns.”

At the Canadian Space Agency, we are reassuring. “International Space Station operations continue as usual,” said spokeswoman Sarah Berjaoui, adding that the priority is to ensure the safety of the crew.

Difficult to Ignore, however, that Canada is financing Ukraine with millions of dollars and imposing severe economic sanctions on Russia. Canada's Department of Innovation, Science and Technology and Business Canada explain to the Journalthat Canada will continue to apply sanctions “against key members of Putin's inner circle and against entities and individuals who directly or indirectly support Russia's illegal actions”.

Canada “continues to monitor the situation and, as long as Russia continues its war of aggression in Ukraine, we will continue to apply sanctions to increase the pressure”, specifies the spokesperson by email.

China has stood out more than any other country in recent decades when it comes to space exploration, argues an expert.

“I even predict for you that the next human to set foot on the lunar soil will be Chinese, and it will be a woman,” says Olivier Hernandez, director of the Montreal Planetarium.

In addition to the race for the Moon, China has multiplied the launches of satellites in 2021 and 2022. But where it has acted effectively and at the cost of it is by completing, on November 1, 2022, the Chinese space station. It took only 17 months to build a base that NASA and its partners took 22 years to complete.

A little sister to the International Space Station which has been permanently occupied since 2000, the Chinese station has received three taikonauts* since 2021. It is made up of three 60-ton modules, while there are 16 420-ton modules in the ISS.

While the ISS is the result of the collaboration of some fifteen countries, including Canada, the Chinese space station displays only one flag, that of the People's Republic of China.

Despite these technological prowess, is there good science in these two space stations? “There are many experiments on the effects of microgravity on the human body, which could prove useful in extended missions to Mars. But there is more politics than real scientific breakthroughs in these projects,” admits Mr. Hernandez.

Himself the holder of a doctorate in physics, he believes that research budgets should target unmanned missions or next-generation telescopes that could tell us more about the Universe.

Russia has made known its intention to look more to China for its space programs. But it is not certain that China will be interested in this collaboration, the scientific budget of Russia being almost empty due to two main factors: Putin's disinterest in these large projects and the war effort which drains the national economy.

People who train to perform spaceflight outside the attraction have different names depending on their home country. The astronauts are American, the cosmonauts are Russian (formerly Soviet), the astronauts are French and the taikonauts are Chinese.