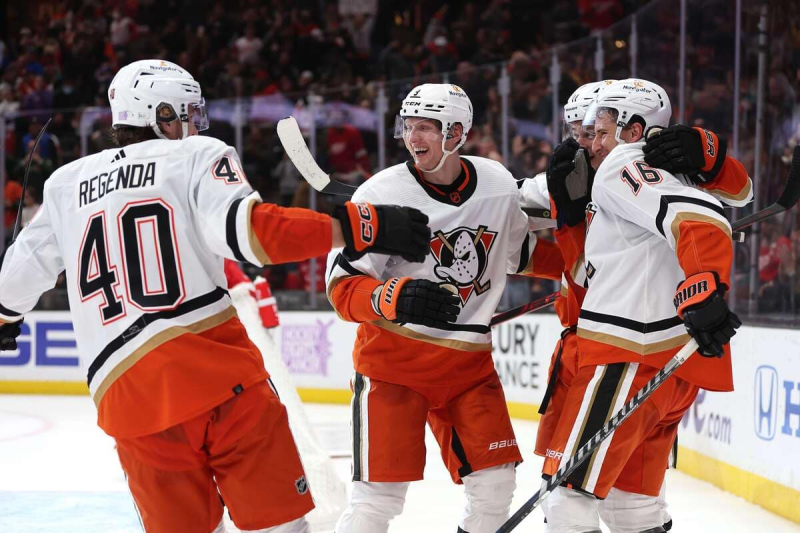 Before facing the Winnipeg Jets on Thursday night, the Anaheim Ducks had the sad distinction of representing the only team in the National Hockey League (NHL) without a single victory in regulation time and the road to qualifying for the playoffs promises to be bumpy.

Although the Californian team won 3-2 in overtime at the expense of the Detroit Red Wings on Tuesday, they have the worst record (5-10-1) in the Bettman circuit and are five points behind on a place giving access to the playoffs. Anaheim had two shootout wins and three more in overtime: The second-lowest total of wins in 60 minutes is three, shared by the San Jose Sharks and Columbus Blue Jackets.

Also, some statistics don't lie. Among other things, the Ducks have the worst differential (-25) of goals scored and conceded. They have the second most generous defense in the NHL with an average of 4.31 goals against per outing. Offensively, the power play unit does nothing worthwhile with an efficiency percentage of 10.9%, which earns him the 31st rank in the Bettman circuit.

And individually, the production is concentrated around three players: Troy Terry (19 points), Trevor Zegras (15) and Ryan Strome (11). Everyone else hasn't hit their 10s yet.

Despite this poor start, the Ducks are trying to encourage each other and obviously hope that their most recent victory is the beginning of a wind of renewal.

“We worked hard all evening and we were the best club. Yes, it's been tough for us lately, but this result makes us feel comfortable and hopefully we can get on a good streak,” Strome told NHL.com on Tuesday.

“He It's always difficult to find the positive in chess, except that from the start of the last game, we advocated a winning attitude, he also mentioned. The guys inside the locker room were great. […] In this league, it will not always be pretty and our game has been superior to what our record indicates. On the other hand, we have to find a way to win.”

After their duel on Thursday, Anaheim will play two consecutive games with the St. Louis Blues, Saturday and Monday.