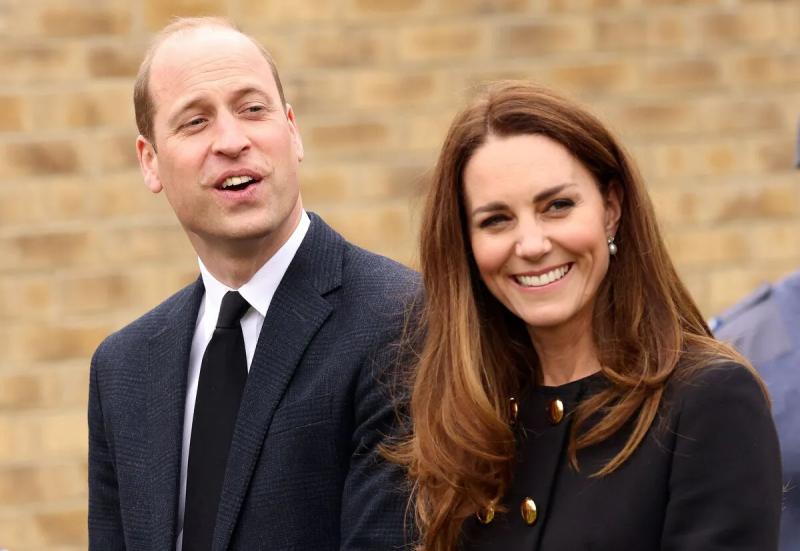 The glamorous couple formed by Kate Middleton and Prince William, now heir to the British crown, carry the hopes, with their three children, of a modern monarchy close to the British.&nbsp ;

Their highly-followed Instagram account featured a black-and-white photo Thursday night of Queen Elizabeth II, who died earlier in the day at her Balmoral Castle. But it usually chronicles the life of this seemingly perfect family, with many photos of their three children – Prince George, 9, Princess Charlotte, 7, and Prince Louis, 4, whose grimaces during the Jubilee of the Queen last June were a delight for photographers.

The couple, both 40, moved last month to the Windsor Estate, where the Queen has usually resided since the COVID pandemic.< /p>

On Wednesday, their services released a short video of their children arriving on foot at their new private school to get to know each other. Only one photographer and one videographer had apparently been invited, the young parents trying according to those around them to give their children as normal a life as possible.

Over the years, the Duke and Duchess of Cambridge, who became Duke and Duchess of Cornwall and Cambridge on Thursday, have won the hearts of the British, with their image of a happy family, close to the public, a far cry from the tormented childhood of William whose parents Charles and Diana tore each other apart in public, or that of the new King Charles III, brought up by governesses and educated in boarding schools.

“The enormous interest they arouse” holds “obviously to the fact that they embody the future of the monarchy, believes royalty expert Richard Fitzwilliams, but also to “the very own way” they have “to manage things”.

They “have become masters in the art of mastering both the formal and the informal”, he judges.

The couple are often photographed arm in arm at distinguished receptions or at major celebrity events, such as the James Bond premiere. “Kate has been a fashion icon for a long time now,” adds Mr Fitzwilliams.

For him, “it has benefited British fashion a lot”… but also the image of the couple.

This very glittery image is counterbalanced by a relaxed and close side to the British, notably via the couple's numerous commitments for causes that are dear to them – mental health for William, early childhood for Kate.< /p>

The couple regularly slip secrets about their private life such as homework during confinement linked to COVID, or appear practicing sports activities.

Last summer, Prince George was photographed with his parents at matches of the English football team, causing some mockery, because he was dressed in a suit and tie despite his young age.

His mother feeds this image of normality with casual photos taken daily, on which George appears in the grass, in a football shirt. On other shots, we can see Charlotte distributing food parcels or even the youngest child painting with his hands.

It also helps to satisfy the press's insatiable need for images of the family, while protecting them from the paparazzi who were chasing Diana, until her death.

“There has always been an arrangement regarding media coverage of royal children”, although relations with the press may have been “very strained” at certain times, Mr Fitzwilliams explains. “When they're young, they get some privacy in exchange for photos or videos at certain times – like birthdays, Christmas, their first day of school.”

“They're very good at succeeded in protecting this mixture of normality” and royal status, he assures.

According to a recent survey by the YouGov institute, Kate is the most popular member of the royal family after the Queen. Her husband is hot on her heels, far ahead of her father King Charles III.

“I think William and Kate are, in many ways, the mirror of the Queen and Philip,” her late husband last year, estimated with the AFP the journalist Robert Jobson.

According to him, the reign of Charles “will be considered as a transition towards his son”. It is certain: the Cambridges “will give the monarchy, after monarchs so old, a feeling of modernity probably necessary to help its continuity.”