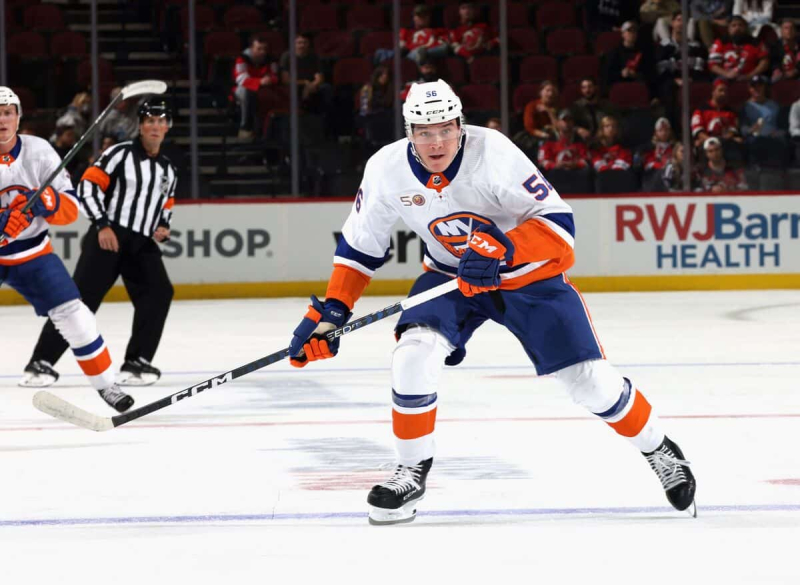 Forward William Dufour should experience his baptism of fire with the New York Islanders tonight, and he should not be too badly accompanied. In the morning, he trained on the team's first line with Matthew Barzal and Josh Bailey.

Author of 13 goals and 25 points in 37 games with the Bridgeport Islanders of the American Hockey League, Dufour learned early this morning that he had been recalled by the big club.

“I was playing well recently but we didn't have the success we would have liked collectively. However, I was hoping for an encore. It's a dream for me. I meet NHL players, it's incredible, “said the Islanders' fifth-round pick in 2020, at the end of the team's morning practice.

Nothing is confirmed yet, but it looks like head coach Lane Lambert will give Dufour a real shot at making his mark in his first NHL game.

“[Mathew Barzal] is one of the best players in the NHL. It's amazing to train with him and if I play on his line, I'm going to go 100% to stay there. I think if I play in my identity, we can form a good trio. »

That identity, by the way, is what Dufour hopes to bring against the Boston Bruins tonight.

“I want to be the same player I was at junior level. I want to bring physical play and create attack, as I have done since the start of the season at Bridgeport. If I move my feet and finish my checks, I'll be fine. »

Karine Côté's day was to unfold like any other. At 9:47 a.m., however, a call would literally derail all his plans, and for the better: his son, William Dufour, told him that he had just been called up by the New York Islanders that he was going to play his first game. in the NHL at night.

It wasn't a complete surprise, however. Rumors had circulated in the last hours and Ms. Côté had made sure to prepare her suitcase. Dufour had received a call from the Islanders the day before telling him to be ready. the airport to catch the flight to New York.

“It's stressful!” she said on the phone when the Journal reached her, a few minutes before to board the plane. The joy of being able to live that moment is indescribable. Yesterday, we started looking at the flights but you never know if it will fit into the schedule. ”

In the morning, Karine Côté had the opportunity to speak with her son.

“He doesn’t realize it yet. He is very happy! When I spoke to him earlier, he was going back to the hotel to rest a bit. »