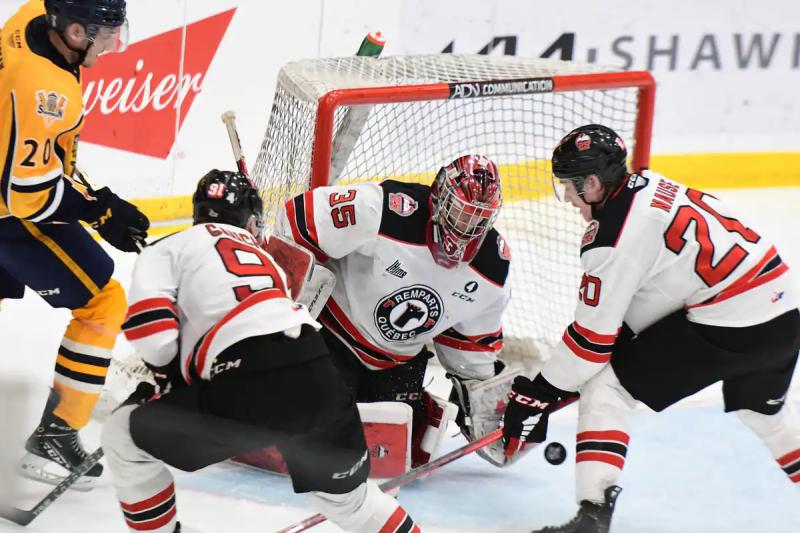 Casing nothing, William Rousseau of the Quebec Remparts will start the 2022-2023 season as the starting goaltender for his team for the first time… in four years.

You have to go back to the 2018-2019 season to find a season where the native of Trois-Rivières had not shared the net with another goalkeeper, either with the team of the under 18s of the Saint-Joseph Seminary.

The following year, at the M18 AAA level with the Estacades de Trois-Rivières, he shared the net almost equally with Vincent Filion (22-20 starts in favor of Filion). Then in his first season with the Remparts, in 2020-2021, he was relegated to the role of substitute for Thomas Sigouin before sharing the net with Fabio Iacobo, last season.

“It's a challenge that I'm able to take up,” however, assured the 19-year-old goalkeeper on Thursday. I proved it last year during the playoffs and I see it as a continuation of that. To be able to play several matches online, to seek consistency, that's something I love. It keeps me in the heat of the action. »

The ball in his court

After a regular season where neither he nor Iacobo had been able to truly establish themselves as the no. 1 of the Red Devils, Rousseau had forced the hand of Patrick Roy during the series during which he had been excellent. Now labeled as the no. 1, ahead of Quentin Miller and Philippe Cloutier, he will now have to demonstrate that he is capable of maintaining the standard established in the playoffs, for a full season.

“He had a good series last year, he progressed and I think he got there, mentioned Patrick Roy. Will knows this is his chance and he's going to want to play the majority of the games. The ball is in his court, like when Sigouin arrived two years ago, took the pole and managed to keep it. »

After the Remparts' abrupt end to the season last year, in the semi-finals of the QMJHL against in Shawinigan, Rousseau attended the Ottawa Senators development camp. An experience that he “adored” and which allowed him to leave with valuable technical and nutritional advice.

After finishing the season at 170 lbs, he showed up at the Remparts camp 20 lbs heavier after following a diet plan based on certain clinics followed during Senators camp.