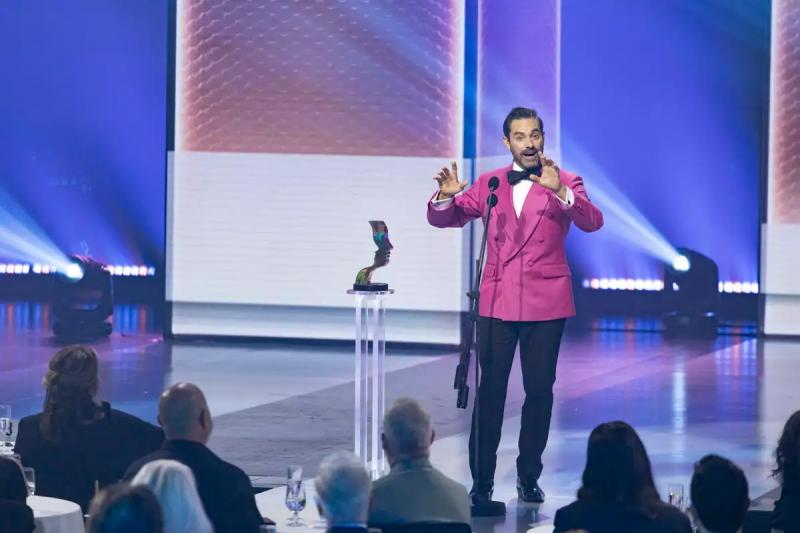 Hey la la. But what has stung Guillaume Lemay-Thivierge for him to make such a disjointed, embarrassing, disturbing, uninteresting and frankly uncomfortable intervention in the middle of the Gemini gala?

If at least he had something powerful and relevant to say. Was he encouraging people to vote in the next election or denouncing how to vote for shows in Gemini nominations? And what was the idea of ​​making such petty jokes about Louis Morissette and Guy A. Lepage? He doesn't know that the basis of humor is… making people laugh? To destabilize the star of the evening, Véronique Cloutier, who has lost the thread of her entertainment when she had been excellent up to now, is sincerely not a very good player.

Decidedly, Guillaume Lemay -Thivierge has not been vaccinated against poor judgment.

I was watching the Gemini party yesterday and one thing struck me again. In several excerpts that were presented to us throughout the evening, the actors mumble. They stammer, they jabber, they and they grumble. What a pity. We are supposed to celebrate the best of TV, but how to highlight the texts of the authors if the actors evade their lines? And the sad thing is that in several of the new shows of the season, the problem persists. Whether they play doctors, lawyers or homeless people, we still have difficulty understanding them. Come on, a little effort! We think that by Gemini 2023 the problem will have been solved?

I loved that Bianca Gervais and Sébastien Diaz encourage actors and actresses to have children…even if Bianca lost contracts when she got pregnant.

I loved Pierre's thanks -Yves Lord, who, by winning for 100 geniuses, underlined the importance of knowledge, knowledge and general culture. Phew. If only all TV artisans were so inspiring.

And I loved that Luc Picard tells us that he is a Franco-anxious, because he is afraid for the future of French. Me too, Luc!

THE QUEEN OF RADIO-CANADA

Radio-Canada had the idea of ​​entrusting the animation of the red carpet on the web to none other than drag queen Barbados from Barbados. A flamboyant personality to throw some bitches on the red carpet, why not?

The problem is that obviously Barbada is not the “Queen” of TV, because she did not know the names of most of the artists she met. She sees the actor Hubert Proulx and asks him if he is nominated and does not say his name, because obviously she does not know him.

Same thing with Sarah-Maude Beauchesne, that she never named. She sees Vincent Leclerc and Mélanie Pilon, doesn't know their names, doesn't recognize them.

But the most surreal moment came when Barbada ran into Ludivine Reding, whom she described as ” the runaway”, but without ever naming her. An oversight, it could be… but next year, can we hire someone who knows the artists? In addition, Barbada has given us magnificent gems such as “People we have discovered”, “Beautiful discoveries have been made” and “Cuddle, cuddle, it's really fun to have compliments like that cuddle”.

It's not a scandalissimo, but it's not strong.