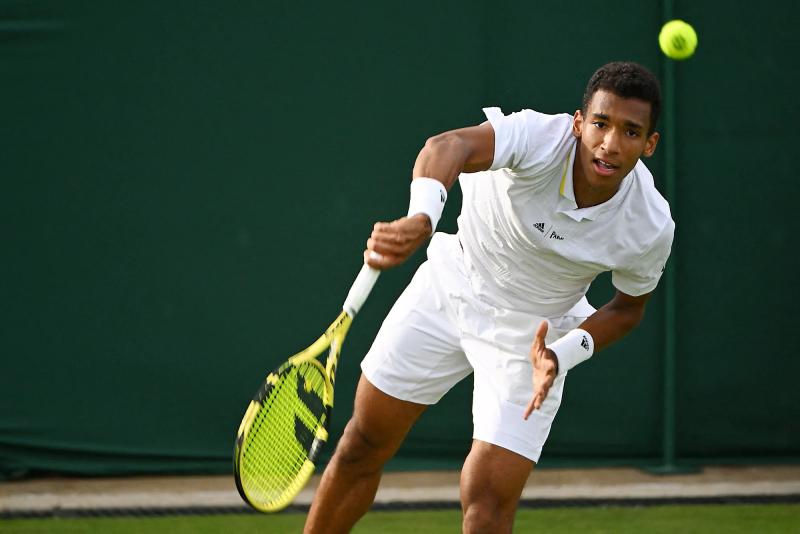 LONDON | The first week of Wimbledon is now a thing of the past. We had a few good matches, but nothing more. The 2022 edition of the grass tournament does not have the same flavor as other years.

The leaders of Wimbledon, the ATP and the WTA are responsible for this situation. With their respective decisions, they removed notoriety and prestige from the third major of the season.

The first blow was to cancel the participation of Russian and Belarusian players. Like many international events, the aim was to put pressure on Russia and its President Vladimir Putin, who invaded Ukraine.

Wimbledon leaders amputated their main draw over a political issue. They prevented fans from seeing Daniil Medvedev, Andrey Rublev and Aryna Sabalenka in action. Quality players who could have been title contenders.

With their absence, the quality of the show and the ratings suffer. It's inevitable. Broadcasters who pay millions of dollars for the rights to the tournament must already be stamping their feet.Which brings us to the controversial ATP and WTA decision not to award points at Wimbledon. . It's not just professional tennis. Athletes want their performance to be rewarded in another way.

Points in the standings are worth gold in their eyes. Their global scale allows them to sign contracts worth millions with sponsors. It's a part of the equation that is not often talked about.

In addition, there is another facet that is beyond the control of the Wimbledon leaders: the forfeits and defeats of several favorites.

As of Friday, only seven members of the world's top 20 were still in the men's tournament. It's a massacre.

Due to positive tests for COVID-19, Matteo Berrettini, Marin Cilic and Roberto Bautista Agut have been forced to withdraw.

On the field, there were several surprise defeats, including those of Casper Ruud, Félix Auger-Aliassime and Hubert Hurkacz. They lowered their flag in front of opponents who were within their reach. It's part of the reality of the sport.

Canadian performances were disappointing. At least the athletes won't lose points in their leaderboards after their quick eliminations.

Expectations were high for Auger-Aliassime and Denis Shapovalov.-They had great success at Wimbledon last year.

Auger-Aliassime didn't had his best game of his career against Maxime Cressy. He played well enough to emerge victorious, but the American was in his zone.

As for Shapovalov, his elimination is a reflection of his last weeks. He showed up at the All England Club with a six-game losing streak. His confidence wasn't at its highest.

After a five-set victory over Frenchman Arthur Rinderknech, the Ontarian had a difficult match against American Brandon Nakashima.

After his backhand, he mentioned that he suffered a groin injury in his first duel. He must wish it wasn't too serious heading into the hard-court season opener.

In the case of Bianca Andreescu, she can take positives from her participation in Wimbledon. She was able to deliver solid play in her two games.

However, the consistency is not there yet. She is heading in the right direction.

In the last few years, injuries have prevented her from progressing to the top 3 in the world. She seems to have settled her little sores for good.

Now she has to pay attention to her body with regular workouts. This recipe could allow him to return to the top 10 in the world.

Armed to the teeth < /strong>

When I last visited Wimbledon, I noticed a heavy police presence with the canine squad. This year, we see members with the tactical squad, armed to the teeth, walking around the site. It's quite particular.

A search in French

I decided to open the window of my room to enjoy the cool London mornings. On the other hand, I had the surprise of my life when a pigeon decided to take a break on the edge of my window. Fortunately, he decided to fly somewhere else.

A quarterback and a singer

Wimbledon received great visitors in the last days. Among the dignitaries were NFL quarterback Russell Wilson and his wife, as well as singer Ciara. They made a remarkable visit. With his mobility, nothing says that Wilson could not have made a career in tennis.