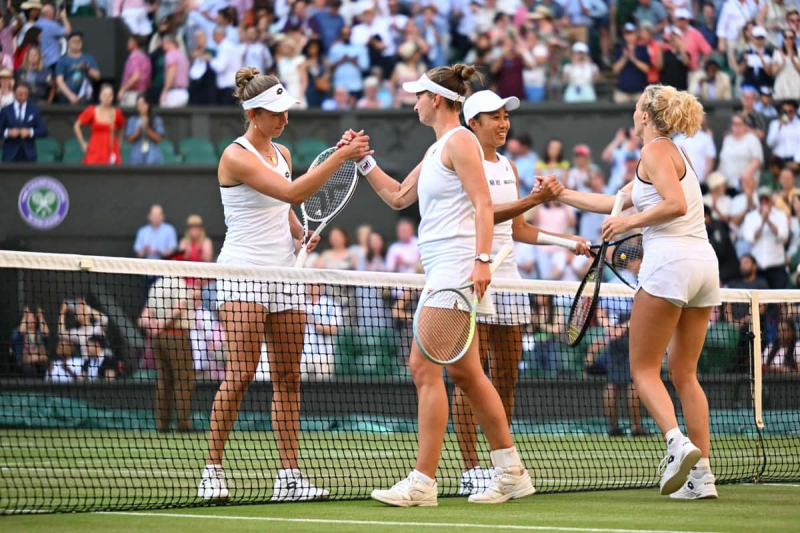 The Wimbledon tennis tournament will relax its dress code by allowing players to wear dark colored shorties from the next edition, in 2023, to relieve any form of anxiety during their period, announced the All England Club on Thursday.

“Next year, women and girls taking part in the tournament will have the option of wearing colored shorties if they wish,” said the Grand Slam tournament director Londoner Sally Bolton in a statement.

The Wimbledon boss clarified that the decision was made after “discussions with players and stakeholder representatives”.

< p>“We hope these adjustments will help players focus solely on their performance by removing a potential source of anxiety,” Bolton continued.

The England Open dress code required players in white outfits on the London lawn, marking a singularity with regard to the other Majors, the Australian Open, Roland-Garros and the US Open.

In 2014, the regulations have been tightened by requiring attendees to wear white underwear to comply with poli tick of the “all white”.

Tennis is not the only sport to be affected by these concerns related to menstrual periods. At the end of October, the Manchester City women's football team announced that their shorts would no longer be white from next year.

In early July, England star Beth Mead, champion of the Europe, had notably campaigned in favor of making the dress more flexible, explaining that it “was not practical when you are at this time of the month.”