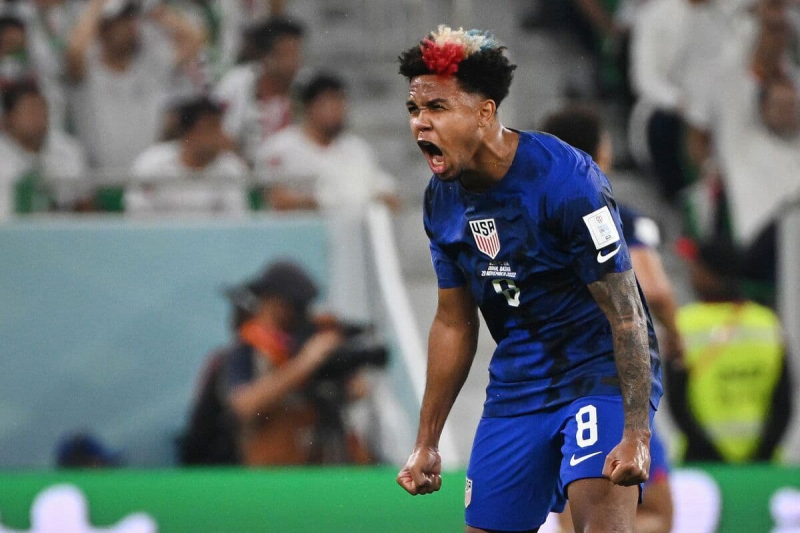 The United States clinched their ticket to the round of 16 of the 2022 World Cup on Tuesday, which they will play against the Netherlands, beating Iran (1-0) in Doha.< /strong>

Chelsea striker Christian Pulisic scored the game's only goal in the 38th minute, but was injured in the action and did not come back in the second half.

As they had announced, the 22 actors ignored the tense political context, to focus on the sporting issue and deliver a committed match but played in an excellent state of mind.

The United States, who absolutely had to win to snatch a qualification, quickly took the game on their account, and all the chances of the first period were theirs. A breakthrough from Pulisic in the middle after 90 seconds of play, countered in extremis, set the tone.

The Americans then multiplied the dangerous situations, but their awkwardness in the last pass, or the impeccable defense of the Iranians, delayed the deadline. Pulisic failed with a header (11th) on goalkeeper Alireza Beiranvand, recovered from his concussion suffered at the start of the first match against England (loss 6-2).

Timothy Weah, the son of the legend George Weah, current president of Liberia, then tested the solidity of Team Melli, with a breakthrough in the defense (24th), a header on target (28th), and another powerful shot from close range just above the bar (33rd).

The goal came on a superb deep ball from Weston McKennie, the Juventus midfielder, on Sergino Dest who stored a header in the box. Pulisic, who arrived in full swing, pushed the ball into the net (1-0, 38th), but hit the Iranian goalkeeper violently.

Stunned and appearing to be in pain, the young American, clearly his team's best player in the first half, needed several minutes to recover. He bravely resumed his place a few minutes before the break, but he did not return to the pitch in the second half.

Iran, who had to equalize to clinch their ticket for the round next, tried to pack the game. In the last minutes of the meeting, “Team USA” got very hot on several Iranian attacks, but resisted until the end.

This meeting was the first between the two nations since the famous “match of fraternity”, won in France by Iran 2 to 1 during the 1998 World Cup. At the time, the meeting had been the occasion for gestures of fraternization between the two teams.

But the context was much more tense this year, with the backdrop of the protest movement bloodily repressed by Tehran. The Iranians, who had not sung their national anthem in the first match, apparently in support of the demonstrators, this time sang it as normal. give no political message, one way or the other.