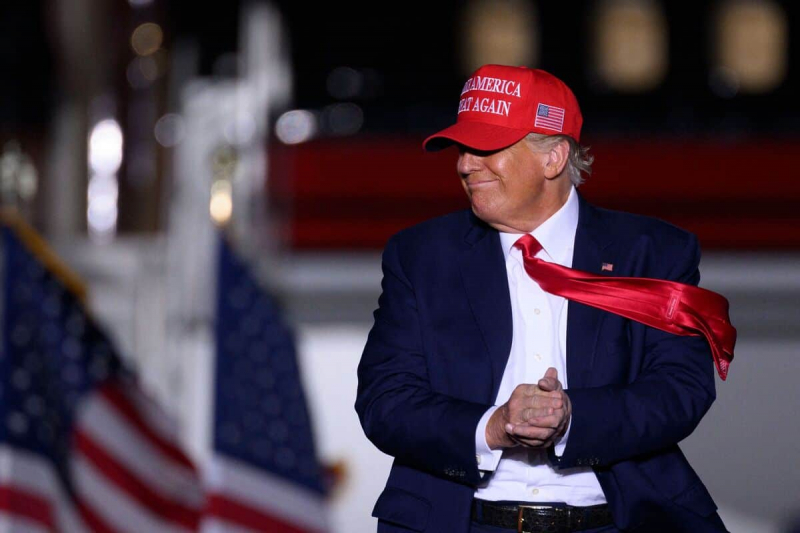 Banished from Twitter and Facebook after his supporters attacked the Capitol in Washington in January 2021, Donald Trump has been back since April on his own platform, Truth Social, where he multiplies references to theories of the conspiracy concerning the vote in the run-up to the American midterm elections.

Out of 1,200 posts by the ex-president on his social network in 58 days, around 100 cast doubt on the integrity of the November 8 elections, according to an AFP count.

“Here we go again!” he wrote on Nov. 1, sharing a misleading article about mail-in voting in Pennsylvania, a key state where a senator seat at stake on Tuesday could decide the fate of the majority in the Senate, the upper house of Congress.

“Rigged election!” Added the man who has still not recognized his defeat in November 2020 against Joe Biden and aims to run again in 2024.

This strategy echoes the one he implemented in 2020, when he hammered home that mail-in voting was subject to widespread fraud, before dozens of courts denied those allegations.< /p>

But spreading such misinformation could weaken Americans' confidence in the electoral process as voters return to the polls, experts warn.

“Trump's assertion that elections would be flawed erodes American democracy,” he adds.

The former Republican president posts on Truth Social up to several dozen times a day. Over the past two months, he has attacked Joe Biden and Democrats, criticized the investigations against him, and touted his own campaign rallies and accomplishments.

Donald Trump also praises the Republicans who take up his unfounded allegations of a stolen election. Like Kari Lake, a candidate for governor in Arizona who indicated that she might not accept the result of her own election if she lost, despite assurances given to this effect on Sunday by the leader of the conservative party. , Ronna McDaniel, on CNN.

And the real estate mogul has approached the QAnon conspiratorial movement.

Although his audience on Truth Social is relatively small – 4.5 million followers compared to 88 million previously on Twitter – experts warn that the misinformation he spreads spreads on the internet.

“When Trump puts poison in the water, the whole lake is contaminated,” said Russell Muirhead.

Contacted by AFP, neither Donald Trump's team nor his organization “Save America did not respond.

The former president gave visibility to hundreds of articles, polls and pro-Trump memes, one of which, for example, referred to Joe Biden as a “pedophile Hitler.”

“Trump still has outsized influence over the Republican Party and the broader right-wing media ecosystem, and any allegations he makes are amplified,” said Rebekah Tromble, director of the Institute for Statistics, Democracy and George Washington University politics.

In October, he notably shared posts from Melody Jennings, founder of a group organizing the surveillance of advance polling places in Arizona to detect alleged fraud.

One of the posts included a photo of a voter depositing, as he later explained in a complaint, his ballot and that of his wife who remained in the car.

The incident recalled one of the false allegations of Donald Trump in 2020 about election workers in Georgia accused of counting entire “suitcases” of fraudulent ballots, though investigations concluded nothing illegal took place.

< p>But the damage was done: two of the election workers received death threats and one had to leave her home for two months at the request of the FBI.

“Do you know what that being targeted by the President of the United States?” asked the latter, Ruby Freeman, during a hearing before a commission of e parliamentary inquiry.

Twitter's new owner Elon Musk has opened the door for Donald Trump to return to the social network, but not before Tuesday's election.