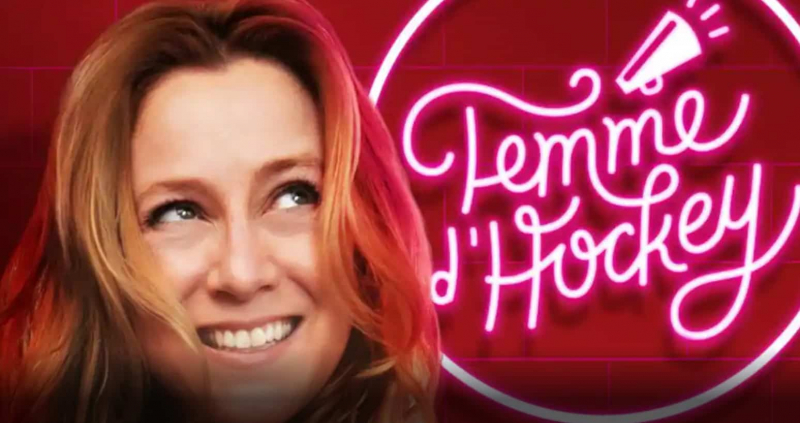 The podcast Woman of Hockey will now be broadcast on the TVA Sports channel every Thursday at 4:30 p.m. October 27.

Thus, the femme.hockey platform, which talks about hockey differently and aims to showcase women, will have its showcase on the small screen. The public will be able to preview each episode on the Tuesday preceding the TVA Sports broadcast on all Femme d’Hockey platforms. This is the fourth season for the podcast which will consist of 24 shows.

“This is excellent news and I am proud to be able to contribute to giving more visibility to women in sport,” said the founder and host of Femme d'Hockey, Isabelle Ethier, in a press release. My goal is to make beautiful human stories known, to inspire and to be able to move things forward.”

Since its creation in the spring of 2020, the Femme d'Hockey movement has quickly captured the attention of many enthusiasts across the province, reaching millions of people through its network. Also, in September 2021, TVA Sports partnered with the platform by broadcasting the podcasts on QUB radio as well as on the TVASports.ca website.

“The podcast Woman of Hockey is a current concept that meets our objective of giving more space to women,” said Louis-Philippe Neveu, General Manager of TVA Sports. The quality of the guests and the intimate concept make it possible to offer memorable moments.”

In fact, the first show will feature Anaheim Ducks forward Maxime Comtois. The left winger shares several secrets and anecdotes about his hockey career: his debut in minor hockey, his time with Junior Team Canada in 2018 and 2019, and his rise in the National League (NHL). He takes the opportunity to talk about his admiration for female hockey players and the importance of events like the KR Classic for Leucan.

Several other distinguished guests are already at the schedule for this season. We will notably be able to see the Minister responsible for Sport and the Economic Development Agency of Canada for the Regions of Quebec, Pascale St-Onge, the player of the Montreal Force Catherine Dubois, the boxer Kim Clavel and the forward of the Senators of Ottawa Mathieu Joseph.

For her part, Ms. Ethier will be back for weekly chronicles during NHL games on TVA Sports, in addition to making a few appearances on the show “JiC and post-match throughout the season.