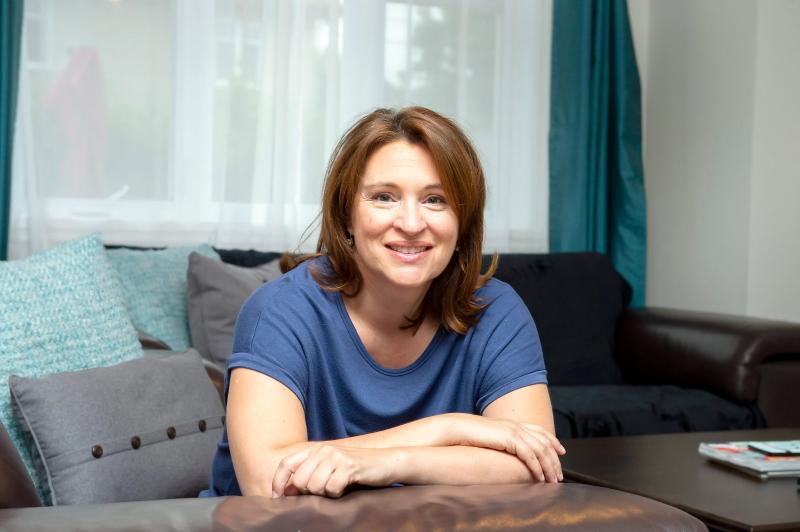 A long-time French teacher, Isabelle Hébert, a graduate in literature and mother of four children, let herself be carried away by the history of rural Quebec at the turn of the last century to write her first historical series, Fates. Page after page, she brings to life the daily life of women who, trapped by the secrets that society then repressed, had to find subtle ways to get out of the game.

In Quebec , in 1907, the Roy family spent peaceful days in the small village of Saint-Simon-des-Neiges. Their daily life is punctuated by the seasons, the tasks and chores associated with it, the work of the land and the education of children.

One day, Father Boucher asks them to temporarily take in a young girl who has just secretly given birth to an illegitimate child whom she has been forced to give up for adoption.

Charitable woman, pregnant, Paule Roy agrees to welcome Agathe Senécal, without knowing how much this decision will upset their daily lives. Their widowed neighbour, Edmond, finds Agathe to his liking.

Meanwhile, the Senécal family is forced to leave the village of Saint-Rémy-de-Lérey when Agathe's youngest, Célina, becomes pregnant too. The parents decide to go and rebuild their lives in the United States, imagining that one day they will be able to repatriate their daughters and offer them a fresh start. But that's without counting on the budding relationship between Agathe and Edmond.

Isabelle Hébert portrays Quebec Catholic society very well. – thinker from the beginning of the 20th century. She recounts the genesis of Destins, in an interview.

“I am a great reader first and foremost and I really like historical novels, especially those of Michel David, which take place in the countryside,” she says.

“  I had read At the edge of the river, where the character of Catherine will give birth in town. I wondered what would happen if her father hadn't wanted to take her back. What options did he have left?  She began her research and decided that this would be the subject of her first novel.

“I grew up with a grandmother who was around me and often spoke to me about the time when she was born – 1909. She told me how it was at school, how it was, life, in his time. I thought there was a lot of benevolence and I wanted to explore that. I wanted to show what it can give, benevolence, generosity, the world which is really good. Suddenly it could inspire someone?  »

The role of women

The novelist talks about the role of women at the time.

“ We often think that they were the slaves of their husbands and of the clergy. Yes, in part. But the women who did best were the ones who figured out how to talk to people. Who had understood that we can succeed in convincing without confronting. It was especially these women who managed to create a peaceful and livable environment for themselves.

She wanted to show that it was possible to have a good life, at that time, despite all the tasks and constraints.

Her grandmother, she notes, thought it was important for her to know that things weren't always easy for women.

“ The Roy family lived in a pretty white house at the end of the 3rd range of the village of Saint-Simon-des-Neiges. The two-storey house sat at the center of the Roy family land. It was Joseph, Jean's father, who had cleared this land with his hands towards the end of the 1870s, then built this house. He had raised his family there alongside his wife Berthe, who had been dead for ten years now. Together, Joseph and Berthe had seven children: Jean, Amédé, Alphonse, Arsène, Armand, Marie-Rose and Catherine. »