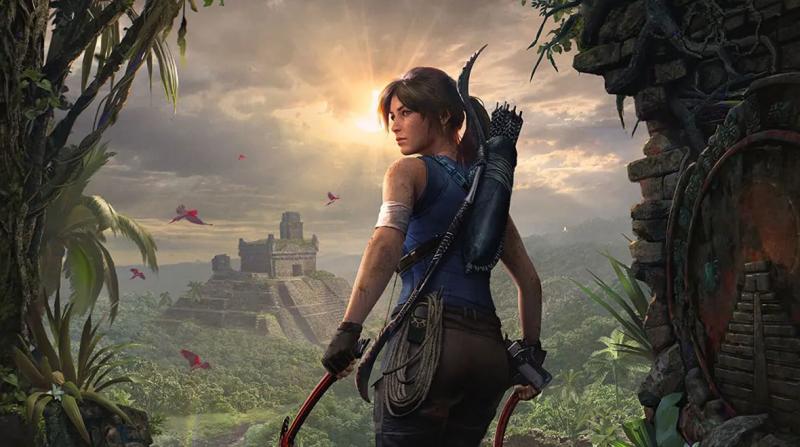 It's a long story made up of invisibilization and clichés, but also of empowerment and affirmation to the point of dreaming today… of equality.&nbsp ;

Video games are considered a sport, a male activity. After all, it is well known, only men are hungry for performances, records, competitions. Women, on the other hand, are much calmer and gentler and no man wants to embody a woman since it would be a downfall. This cliché, ubiquitous in all areas including culture, has shaped the video game industry since its origins in the 1970s.

One of the first playable female characters? I'll give it to you in 1000…it's “Ms. Pac-Man”. But the little yellow ball, decked out for the occasion with long eyelashes, a pink bow in her hair and lipstick, was not born for the sake of equality. It's just that Namco quickly realizes that girls frequent arcades just as much as boys to play “Pac-Man.” In this context, why not offer them a candy pink environment, capable of – or so the bosses of the company hope – attract new players? By the way, know that Bandai Namco will launch its “Pac-Man World Re-Pac” on August 26, a “modernized” version of the 1999 title for the PlayStation. The only problem is that this “modernization” is accompanied by a few changes, including the fact that Pac-Man must save his sweetheart… and that the latter has been redesigned as Pac-Mom! “WTF?” you will exclaim, and with good reason. It's just that the rights to Ms. Pac-Man belong to…Midway, and Bandai Namco is therefore out of the question for some clever profit-sharing calculations. Yes, it would be funny if it were not deplorable.

In the 1980s, female characters began to be included in titles, but as secondary characters or as helpless poor damsels like the princesses Peach or Zelda in “Mario” and “The Legend of Zelda”. And you have to wait for “Metroid” to find Samus Aran, bounty hunter and main character of the hit 1986 title. of Samus were male. Only the fact of finishing “Metroid” in less than five hours allowed to discover its gender.

The arrival of the “badass”

In 1991, a certain Chun-Li instantly became cult. This warrior with particularly developed thighs – read muscular – is the only female character of “Street Fighter 2”. Initially, the developers were reluctant to incorporate a woman, and the designers of the franchise did not believe in its success. But, to Capcom's surprise, Chun-Li became one of the most popular fighting game characters…which led the company to add Cammy to “Super Street Fighter 2” two years later.

According to a study by Teresa Lynch, a communications and media researcher at Indiana University, only 571 playable female characters were created between 1989 and 2014. Assessing the characters' extreme sexualization via indicators such as huge breasts and tiny sizes, she observed that the peak of this trend took place in 1995 before declining quietly… which explains the physical aspect of Lara Croft whose proportions were, to say the least, unrealistic. /p>

Lara Croft made her appearance in 1996 in “Tomb Raider”, the rich heiress eager for archaeological mysteries having taken three years to see the light of day – she must have been a man at the origin of the project -, she was therefore thought of in full period extreme sexualization. Strongly inspired by Indiana Jones, the latter is dressed in an outfit highlighting her abs, her muscles… and her breasts – which also block certain camera angles! His arrival is a real revolution, the full extent of which is difficult to take today, boys and men being the first customers of the title. Is it because of her hyper-sexualization that male “gamers” have no problem identifying with her? Or is it simply because the video game has no gender? Go find out…

Opposed to Lara Croft, at least physically, is Jill Valentine from “Resident Evil,” one of two playable characters, moreover, was born in the same year. She too knows how to fight when the situation calls for it, and her intelligence and ability to survive are equal to that of a man. Jill Valentine is so popular that she is the only character in “Resident Evil 3” and has since been part of almost every sequel to this must-have saga.

Since the 2000s, we have seen the appearance of more complex, more realistic and less sexualized female characters. In 2001, in its “Halo: Combat Evolved”, Microsoft introduced Cortana, an artificial intelligence whose face was inspired by a sculpture of Nefertiti, who helps Master Chief kill “aliens”. In 2005, Rayne is the half-human, half-vampire heroine of “BloodRayne” – and she will even be entitled to a profile in “Playboy” magazine. Faith Connors from “Mirror's Edge”, Commander Shepard from “Mass Effect”, Aloy from “Horizon Zero Dawn” or even Chloe Frazer from “Uncharted: The Lost Legacy” and Ellie from “The Last of Us 2” are illustrators of this evolution.

Today, it is clear that the number of playable female characters is declining…as is the number of playable male characters. Because the trend is the free choice of “gamers” who can, according to their desires, choose one or the other – and sometimes even none – the gender of the characters they will embody. In addition, “Grand Theft Auto VI” will be an adventure in which “gamers” will play two characters… including a woman, a first for this franchise in which the “second sex” was only passive and object of all violence.