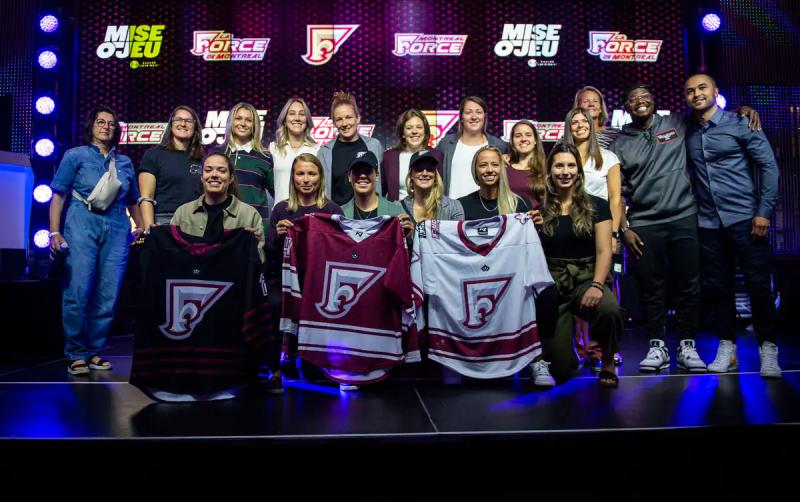 The new Montreal women's hockey team that will evolve within the Premier Hockey Federation (PHF) will be called the Force and its jersey will include a fleur-de-lys referring to Quebec, she revealed at a press conference on Tuesday at the Casino de Montréal.

The seventh concession of the PHF thus presented to the media its identity, its logo and its jerseys in anticipation of the next season, the first of its existence. With the name “Force,” the organization wanted to evoke character, community impact and fierceness on the ice, she said in a statement. The brand is inscribed in brown, black and white, while the main logo takes the form of the letter “F” which features a fleur-de-lis embedded in the crest and emblematic of Quebec.

“We wanted a powerful name to distinguish us in this incredible hockey market and represent who we are in the women's sports landscape,” said Kevin Raphaël, president of the team. We are a force, on and off the ice, with strong, confident women who will show their strength in all facets, from competition to community involvement. We are a family of difference makers and role models who will make our province proud.”

The Force will wear three uniform sets including brown with white stripes, black with brown stripes and white brown striped. Additionally, each design features the main Force logo patch, but the set features a unique fleur-de-lis motif. The French symbol will also serve as a shoulder patch on one side, opposite a Montreal Force wordmark on the other, it was explained. The top of the Force crest resembles an arrow that embodies the forward momentum of professional women's hockey in Quebec.