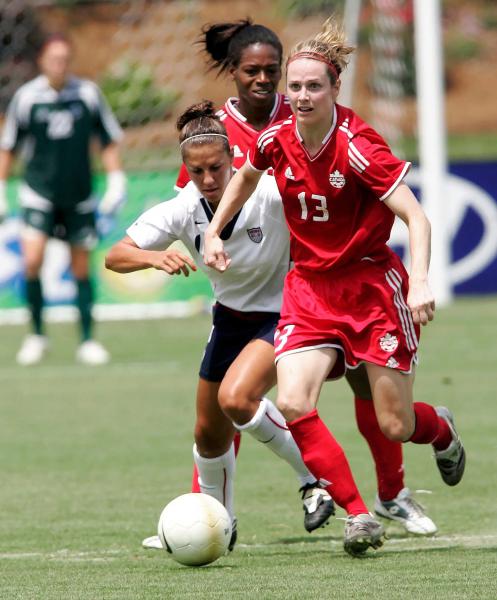 At 45, Amy Walsh focuses on women's soccer and if she does, it may be because something was missing when she was young.

“I didn't have a female idol when I was young, my idol was my big brother and I wanted to be like him. »

Having practiced almost all sports, it was only towards the end of adolescence that she ended up choosing soccer.

“I started in the local league in Saint-Bruno and then intercity and I wanted to go further. I was invited to play AAA in Brossard where I even played with Mélisa Barile, the wife of Patrice Bernier. »

Coming from a very athletic family, she notably played ringette and basketball, in addition to athletics and cross-country.

“In CEGEP, I played basketball and soccer at Champlain College in Saint-Lambert. I also played with the Quebec team in the summer and then I was invited with the U20s of Canada. That's when I told myself that this was the sport I was going to choose even if I also liked basketball. »

Recruited by the McGill University Martlets, she then evolved at the University of Nebraska for three years before undertaking the rest of her career and especially starting to wear the colors of Canada .

Amy Walsh had the opportunity to compete in the 1999 and 2007 World Cups as well as to participate in the Beijing Games in 2008. It was her last great competition before giving birth to the first of her three children, in 2009. She then experienced the awakening of the national women's program which was really to hatch with a bronze medal at the London Olympics in 2012. She therefore experienced a little same thing as Patrice Bernier, who witnessed the emergence of the new generation without being able to go all the way.

“I have no regrets, we have built something, but I realize now that I had a little bitterness. I wanted to come back with the team, but at the time all the camps were in Italy, I would have had to pay for a nanny. »

So no regrets, but maybe a little disappointment.

“I really wanted to play for John Herdman”, she admits with a mixture of enthusiasm and of admiration.