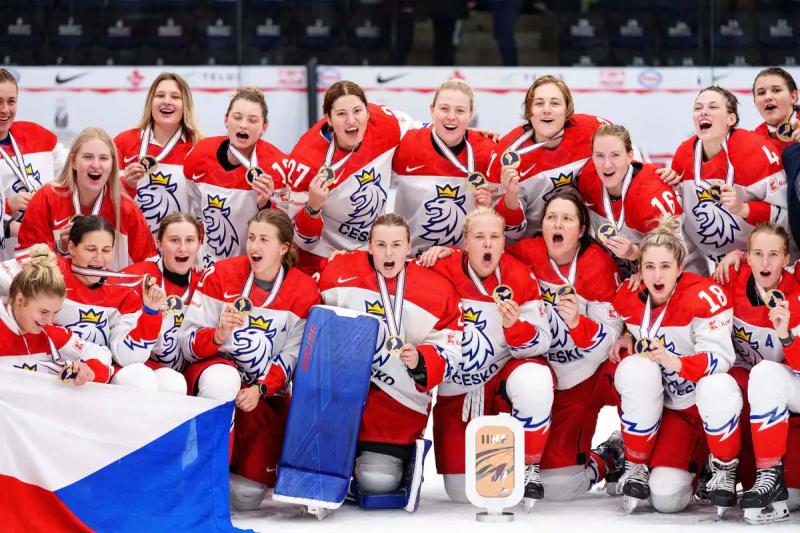 At the same time, they got their hands on the first medal in their history in this competition, they who took part in only six of the 21 editions of the tournament, never finishing better than sixth.

The winners of this duel took advantage of a wild first half to overcome their opponents, who flashed the red light four times in the first 30 minutes.

Natalie Mlynkova and Daniela Pejsova got the ball rolling in the first half. Vendla Pribylova added early in the second period, then Mlynkova, with her second of the game, closed the Czechs' push.

Proof of their dominance in the first two periods, the winners of the day directed 24 pucks on the net of Andrea Braendli during the first 40 minutes of play, compared to only five shots for their opponents. The Swiss goalkeeper finally repelled 23 pucks in total.

At the other end of the ice, goalkeeper Klara Peslarova yielded on one of the two shots she faced in the first period, one success of Alina Marti. Peslarova was busier in the third set, yielding only once, ahead of Nicole Vallario, on 13 shots.

In their defense, the Swiss could only dress 17 skaters, they who were ravaged by the absences and injuries.

The Japanese remain in Group A

Earlier in the day, the Japanese secured their place in Group A of the next World Women's Hockey Championship, having claimed fifth place in this edition in by virtue of a very narrow 1-0 victory in the penalty shootout against the Finns.

The winners can thank their goalkeeper Miyuu Masuhara profusely, who stopped all 61 shots aimed at her during 60 minutes and 10 minutes of additional time.

During the penalty shootout, she was defeated only once in five attempts, but her teammates secured her back by overcoming the Finnish door Anni Keisala twice during the session. The latter had blocked 16 Japanese attempts previously.