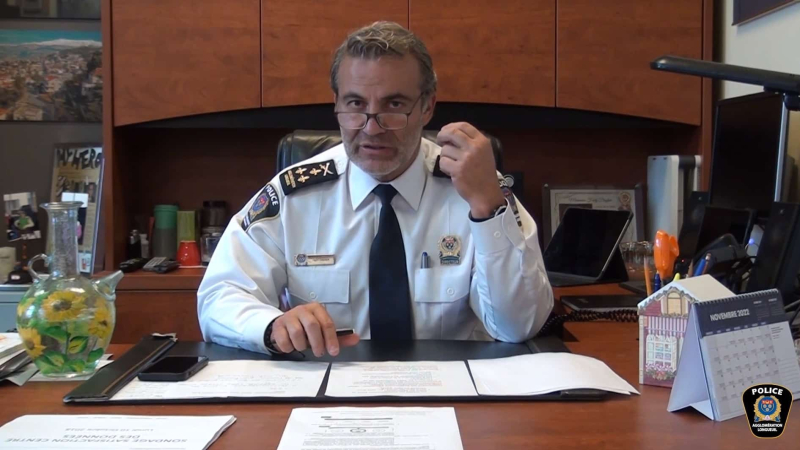 Montreal's future police chief recently admitted he could have been more responsive to the victims of a toxic climate in the organization he currently leads.

Our Bureau of Investigation got hold of a video recorded on November 4 by Fady Dagher as Chief of Police of Longueuil (SPAL), the day after our revelations about very difficult working relationships within his department.

“Speaking in the media denotes one thing: as an organization – and I take responsibility for this – it means that maybe I haven't done enough so that we can talk to each other more internally” , recognizes Mr. Dagher in the video, addressing his staff.

Our report gave the floor to employees who said they were harassed by SPAL executives. We also revealed that the City had to pay financial compensation totaling $50,000 to a dozen employees, the work environment was so difficult.

“If the person feels the need to call a media, it means that in the SPAL family, we have not been listening enough,” added the current director of the police force.

Mr. Dagher also said he canceled his week of vacation in order “to get the information and see what is really going on” following our investigation.

In an attempt to improve communication, Dagher said in his video that he intends to hire an outside firm that employees can confide in anonymously. An idea proposed to him by radio host Paul Arcand.

“Why don't you make an emergency line? I didn't find the idea bad at all,” Dagher said, recounting his interview with 98.5 FM. article, Mr. Dagher had himself acknowledged that a “toxic” and “rotten” climate had reigned in certain departments of the SPAL.

This did not prevent him, a few days later , to take advantage of his video to fire a salvo of criticism towards the report, while acknowledging that “the bottom of the story” was true.

“It hurts me very much to see that we are dirtied in an excessive way. We really don't deserve this,” said Mr. Dagher.