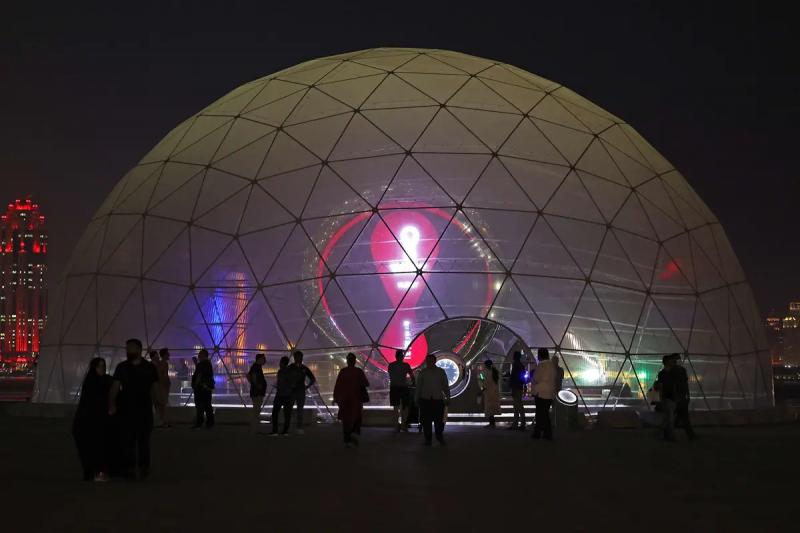 The 2022 Football (Soccer) World Cup will take place from November 21 to December 18 in Qatar. But now, at the dawn of the holding of this international sporting high mass, more and more voices are rising and calling for a boycott of this event.

The Qatar for failing to respect the human rights of the workers who participated in the construction of the infrastructure within which the football matches will take place.

Unbearable attacks on human dignity, individual freedoms, minorities and the environment have been repeatedly mentioned.

More than 6,000 dead for entertainment

Since 2010, several observers have especially deplored thousands of deaths in the construction sites of seven huge covered stadiums and air-conditioned to entertain football fans for a month.

Some sources, like the British daily The Guardian of Tuesday February 23, 2021, estimated that there would have been at least 6,500 migrant workers who died, in indifference, since 2010, the year in which the Qatar won the right to host the competition.

Most of them were foreign workers without rights or dignity, reduced to what amounts to modern slavery.

< p>The NGO Amnesty International reported very recently in a documentary that these foreign workers lived “without water, without electricity, in overcrowded dormitories under 50 degrees. They work 12 hours a day, seven days a week. For them, labor law is only an illusion and forced labor is their daily life.”

Boycott or let it happen?

Despite the scale of this humanitarian scandal, the NGO Amnesty International is not calling for a boycott of this FIFA World Cup in Qatar. Surprising…

It has chosen, on the one hand, to put pressure on the International Federation of Association Football, FIFA, organizer of this competition, to set up a compensation program for violations of the rights of foreign workers.

And on the other hand, considering that Qatar is one of the richest countries in the world and that it “not only has the means, but also the obligation, to do much better to protect workers migrants”, Amnesty International recommended that the Qatari authorities, in particular:

From both sides, the pressures and recommendations would have apparently been welcomed, and tangible responses would have followed. But even if it were true, will it bring the dead back to life?

Canada, which qualified for this 2022 World Cup, 36 years after its first World Cup, should he boycott it? To ask the question is to answer it…