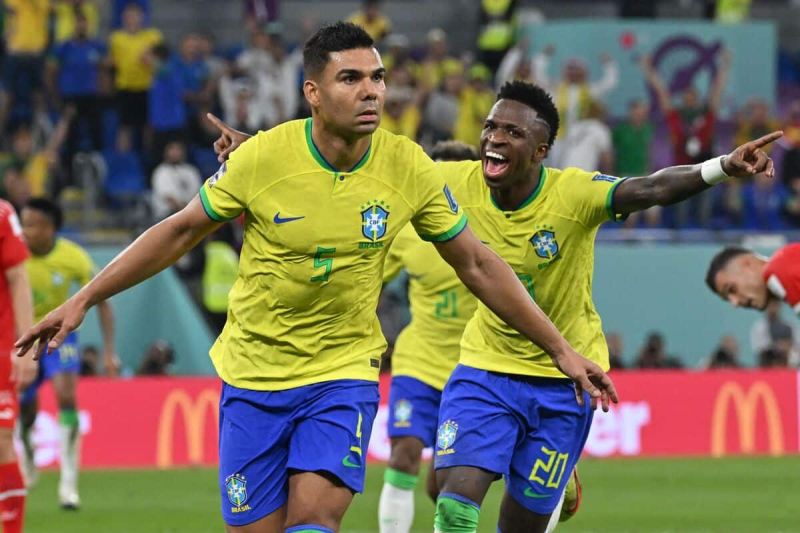 Brazil qualified for the knockout stages of the FIFA World Cup by virtue of a 1-0 win over Switzerland on Monday in Qatar.

Casemiro was the lone scorer in the 83rd minute. The South American team thus took advantage of one of the rare openings in the hermetic game of the Swiss.

“It was a complicated match, against a closed team which put us in difficulty, but we continued to play our game, explained Rodrygo, author of the decisive pass, according to AFP. When a space was created, I was able to give this pass to Casemiro. He made a great strike and gave us the victory.

The two players were also playing together with Real Madrid until last August.

“It matters a lot, agreed Rodrygo. Casemiro shares his experience with us. Before the ball reached us, I shouted to him: “let it pass!”. Right after, he stood out and I was able to give him the ball back. It's an action that we had worked on for a long time [with Real] and today it worked in the national team.

Brazil, who still have to face Cameroon, have therefore signed two victories in as many outings since the start of the World Cup. It becomes the second country to qualify for the playoffs after France.

On the Swiss side, we believe that the strategy paid off for a large part of the match, but we were well aware in the European clan of the difficulty that the match represented.

“Brazil, it's a team that puts a lot of pressure, which has a lot of talent. It is normal that there are phases of the match where you are more defensive than when you play against another team, argued goalkeeper Yann Sommer. We defended well, there weren't a lot of chances for Brazil… but they scored a great goal. There was nothing to do [on the goal]. It was impossible. We are always disappointed when we lose, but now we have our final on Friday.”

Despite everything, coach Murat Yakin believes that his proteges could have done a little more.

< p>“For quite a while, the strategy for this game worked. We had a good command of the game, we ran well and covered good distances. But this result is sad for us, because the players lacked boldness in attack.

Switzerland can still progress by winning against Serbia.