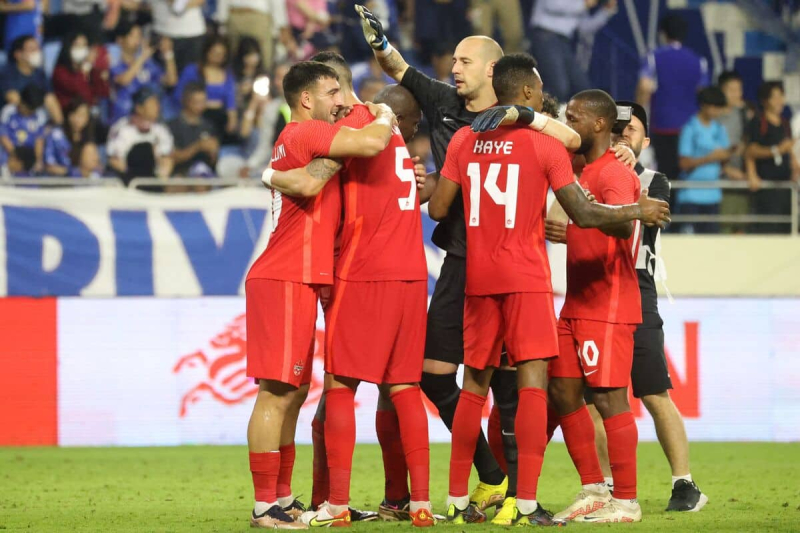 Lucas Cavallini helped Canada end their World Cup preparations on a high on Thursday in Dubai, scoring the winning net during added time in the second half in a 2-1 win against Japan.

The striker took advantage of a penalty shot to deceive goalkeeper Shuichi Gonda at the very end of the game. Richie Laryea drew the foul following a duel against Miki Yamane.

This victory also comes without two important elements of the formation. Indeed, Alphonso Davies was not present, as he had not yet joined the team, while midfielder Stephen Eustaquio was removed as a preventive measure.

“It was a real team performance,” said head coach John Herdman after the duel. We are missing key players and once again the other guys have taken over. Different players were able to show their quality in this match.”

The match started off badly for the Canadians, however, because their opponents quickly opened the brand. Outsmarting the defense in the penalty area in the eighth minute, Yuki Soma slightly deflected a lobbed pass to find the back of the net.

The representatives of the maple leaf replied in the 21st minute. Steven Victoria also redirected the ball, this time after a corner kick. Encouraged by the bench, the team in red then maintained their efforts until the very end.

“I remember the coaches pushing, telling us that we would not be satisfied with a no verdict, said Victoria. I think we deserved [the victory] against a great team. We deserved it with what we did on the field.”

One game at a time

CF Montreal representatives Samuel Piette, Alistair Johnston and Kamal Miller were in the starting lineup, while Joel Waterman and Ismaël Koné were called up during the game.

The World Cup will begin on Sunday with a duel between Qatar and Ecuador. Canada will make their debut on November 23 against Belgium, before crossing swords with Croatia four days later and Morocco on December 1.

“We will keep our feet on the ground and go there one day. game at a time, Herdman explained. That's our philosophy.”