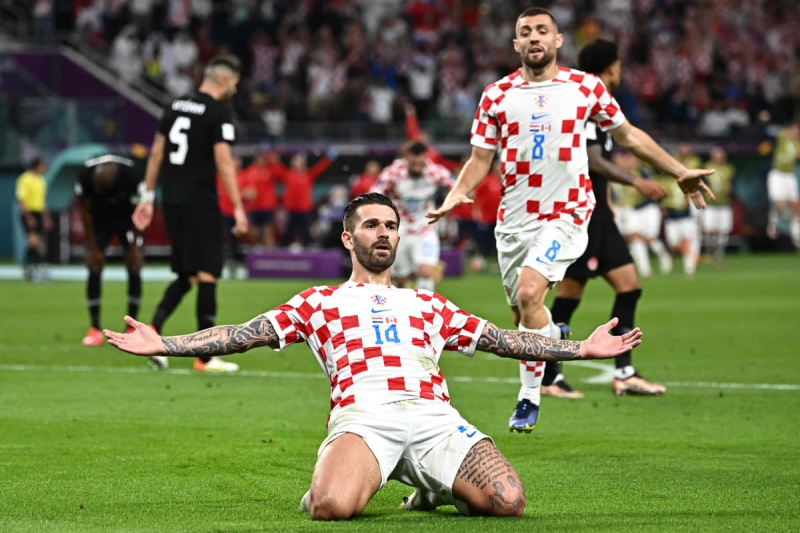 DOHA, Qatar | Canada did not pulverize Croatia and John Herdman must bitterly regret his statement. His team suffered a humiliating 4-1 loss and are now eliminated from the World Cup.

The Canadians simply came up against a team that was above all technically better, the Canadians may have also reached their limit. Perhaps also that the Croats were galvanized by the declaration of Herdman who had said, after the match against Belgium, “we had to pulverize Croatia”.

The Croats were almost flawless from the tenth minute and, like a boa, closed in on their prey slowly and resolutely to end up choking it.

However, things had started well for Canada when Alphonso Davies scored the first Canadian goal in tournament history in the second minute, arriving like a train to head in a cross from Tajon Buchana.

But as mentioned, the Croats slowly took control of the game to force the Canadians to defend themselves, often clumsily, in their territory.

While the Croats were building, the Canadians were going the other way and slumped to the point where the forwards barely touched the ball for the last quarter of the first half.

As Canada battled for the tying goal, Kramaric took advantage of poor coverage from Kamal Miller to double his output in the 70th and make it 3-1.

As Canada pushed in At the end of the match, the Croats took two against Milan Borjan and Lovro Majer added insult to injury in stoppage time (90+4).

Canada will certainly have huge regrets looking back on their first game against Belgium.

The Canadians completely dominated this game and did not win it for a simple lack of opportunism which was caused by the precipitation in the last third of the Red Devils.

And we saw this same trend again in second half as the Canadians chased after the tying goal.

Once again we saw Alphonso Davies trying to play hero by trying to do it all on his own rather than exploiting his teammates.

Having digested the quick Canadian goal, Croatia quietly began to tighten the noose, methodically and effectively.

You see, John Herdman has chosen to play two veterans in the same axis, Atiba Hutchinson who is the oldest player in the tournament at 39 years old, and Steven Vitoria in central defense who is 35 years old.

Both of them no longer have the speed of a young first and we can say that the Croats really smelled the good deal.

They exploited this slowness each time the opportunity presented itself in the last half hour of the first half.

It was not bad at this point that the Canadian forwards began to lose the ball at their feet, except on very rare occasions.

Besides, Jonathan David, who is a threat in normal times, was practically invisible.

Several players had a difficult evening, starting with Alistair Johnston who had to come up against Ivan Perisic, the veteran Croatian winger giving him a lot of trouble.

Jonathan David was not a shadow of himself in attack and did nothing worthwhile while Cyle Larin, replaced to start the second half, was really not as dangerous as during the meeting against Belgium.

The Canadians will have one last game on Thursday to save face and try to get at least one point.

The problem is that this match will be against Morocco who are tied with Croatia in first place in group F and who will want to secure a place in the round of 16.