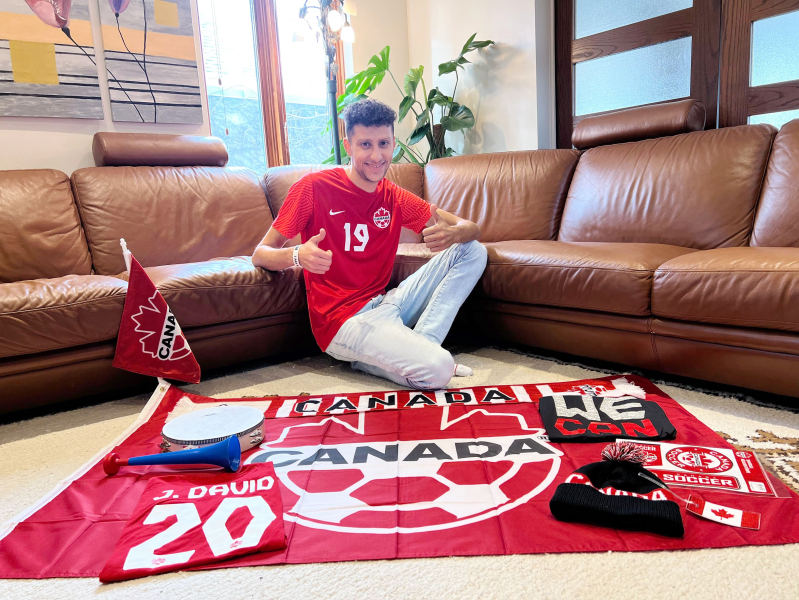 Quebec football enthusiasts are ready to ignore the controversies and spend a pretty penny to go to the World Cup in Qatar.

“Attend at a World Cup, it's a childhood dream, ”says Patrick Hage-Ali.

Next Monday, the 35-year-old Montreal native will fly to Doha, Qatar for two weeks to watch all the Canadian soccer team games, plus a few other bonus games. Amount of the trip: $8,000, including the price of tickets, the plane and accommodation.

Patrick Hage-Ali will also fly to Doha in the coming days.

“I'm going to sleep in a tiny room on a cruise ship docked in the port,” he jokes. But I couldn't miss a World Cup where Canada is participating. I had to go live it in person. »

Same story with Amine Ben Barous, 22, who saved for more than a year to raise the $7,000 needed to afford this trip he had dreamed of so much.

“C' is a unique opportunity to support our country in the biggest sporting event in the world, explains the young man from Montreal. It must be understood that for us, Quebec soccer enthusiasts, such an opportunity rarely arises. »

Canada had not qualified for the World Cup since 1986, and will honor only its second participation since the creation of the competition in 1928.

Organized in Qatar, this year's edition is marred by several controversies, and calls for boycotts have multiplied in recent weeks.

“Certain controversies concerning the working conditions of workers alert me a little, recognizes Amine Ben Arous. But passion took over. Qatar has also promised to organize a carbon neutral World Cup. I'll see once there, but I'll give them the benefit of the doubt.

“I go there as a simple soccer-loving spectator,” says Mr. Hage-Ali. Is it really up to us, supporters, to position ourselves? I'm not sure. »

Passionate about football, Gina Gaudreault has never seen the Canadian national team play, having only attended CF Montreal games so far. On November 27, however, she will have her place in the stands of Khalifa Stadium, in Doha, for the match between Canada and Croatia.

Passionate about soccer, Gina Gaudreault will leave Quebec City for a few weeks to encourage Canada in Qatar.

“I can't wait to be there, it's a historic moment,” enthuses this Quebec resident. As a passionate person, it's very moving to see the place that soccer has taken with us. Having a team qualified for the World Cup was unimaginable a few years ago. »

If the enthusiasm for this sport is undeniable, the love of Quebecers for the national team remains less pronounced than in other Canadian provinces.

“The fact that the men's national team never came to play in Quebec didn't help,” analyzes Quentin Parisis, editor-in-chief of Quebec Soccer magazine. Games are not always available on Quebec television and in French, and a majority of the team's players come from Ontario. This can install a distance. »

< p>“The recent good results of CF Mont-réal and the presence of Quebec players on the national team mean that there has been growing interest lately,” underlines Mr. Parisis. The Quebec public loves the event and the drama that surrounds it. It is certain that if Canada goes far in the competition, Quebecers will get on board. »

Canada will face Belgium in its first match on Wednesday, November 23.