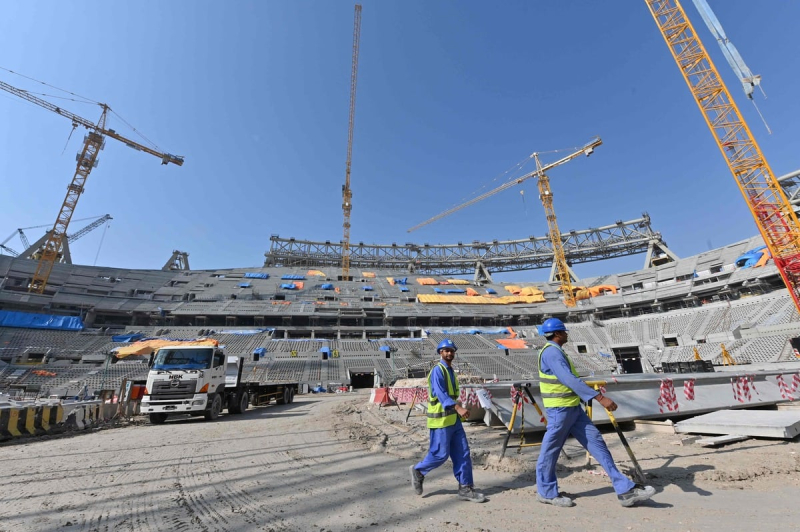 Between 400 and 500 foreign workers have died during construction work on the infrastructure used during the World Cup in Qatar.

This is what said the Secretary General of the Supreme Committee for Delivery and Legacy, Hassan al-Thawadi, during an interview on the TalkTV program “Piers Morgan Uncensored”, he explained that the exact number is not yet known and discussions are still ongoing.

“It is obvious that one death is one too many, we are in an era where safety standards are constantly improving and we should not see this kind of scenario,” he said. /p>

Also, after this interview, we felt a lot of frustration on set. Moreover, the member of the advocacy group Fair Square, Nicholas McGeenhan, was not shy to say what he thought of the situation. He believes that this is another example of Qatar's lack of transparency in relation to the deaths of workers, which he describes as unacceptable. Therefore, it demands adequate data in the form of investigation instead of having vague and wrong information.

“FIFA and Qatar still have a lot of questions to answer, especially on the reasons for the death as well as the type of compensation that the families will receive.”

According to research published by the daily “The Guardian” in 2021, around 6,500 migrants have died in Qatar since the start of construction of the stadium in 2011 and they are believed to have come from five countries: India, Pakistan, Nepal, Bangladesh as well as Sri Lanka. The causes and locations of these disappearances infuriate activists.

The Qatari government has not disputed the figures given by this Guardian research, but it considers the number of deaths initially expected for a project of such magnitude and according to the demographics of the population. In a speech delivered to the European Council earlier this year, FIFA President Gianni Infantino officially said that there had been only three fatalities in the construction of the stadium.

From Amnesty International's Head of Justice and Social Economy, Steve Cockburn, believes the World Cup debate demonstrates the harsh reality of families losing loved ones and waiting for the truth to come out. .

“Over the past decade, thousands of workers have returned home in coffins, with no explanation given to their loved ones,” Cockburn lamented.