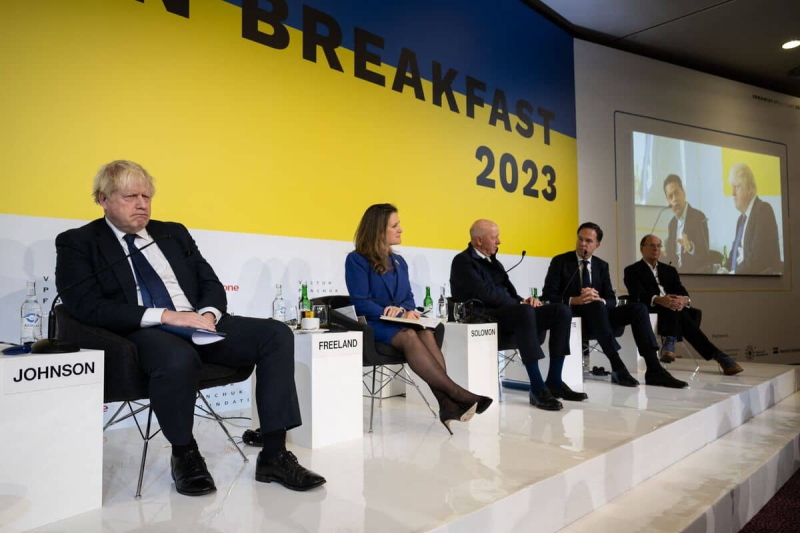 The meeting of the World Economic Forum (WEF) ends today. What is this high mass to which the political and economic elite of the planet rush each year? Minister Fitzgibbon was there. And Chystia Freeland sits on the board of the organization.

Despite its name, the WEF, founded in 1971 by Klauss Schwab, is not about economics. The ideology of the WEF revolves around the model of “stakeholders”, a managerial theory that blithely transgresses all the foundations of economic reasoning. Put simply, this theory is, among other things, the application of “social justice” to governance.

The WEF is on a mission “to improve the state of the world”. More than just political posturing, it is a platform for influencing public policy on a global scale. It is large-scale interventionism against a background of transhumanism, social credit, biometric surveillance, ecological shift, etc.

It was during this political fair that oligarchs, who travel in private jets, dream of a world where people ride bikes, eat bugs and take cold showers.

Certainly, wanting to improve the world is honorable. But hell is paved with good intentions, and history has proven to be wary of political utopians, no matter how noble their motives. Because in the name of their ideals, they could concoct government policies to bend reality and impose a distressing way of life on powerless populations. Just listen to the openly misanthropic remarks of Yuval Harari, an intimate of the WEF, to smell the fetid odor emanating from Davos.

We need to listen to what is being said at the WEF, decode what is whispered in our leaders' ears, and monitor what moral compass they bring back with them. If necessary, let us not hesitate to remind our rulers that in a democracy, it is the elite that serves the ambitions of the people, and not the other way around!