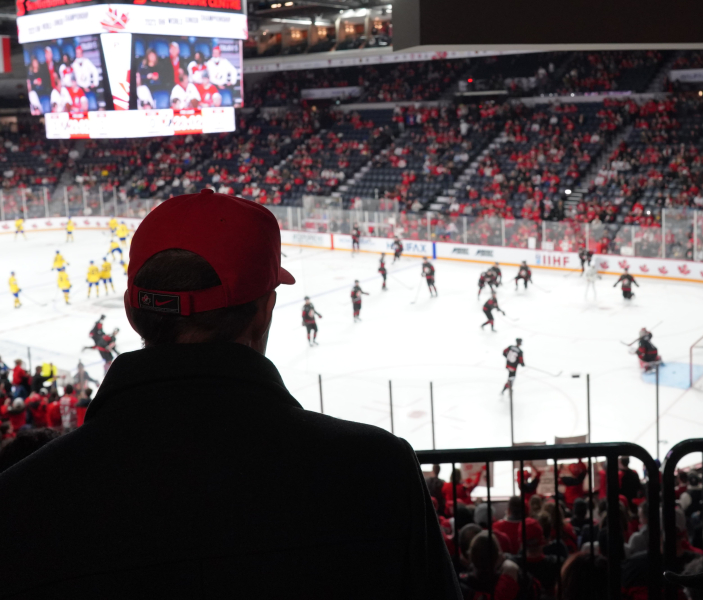 HALIFAX | Thomas Bedard has followed the World Junior Championship religiously for nearly 40 years. Never, however, would he have imagined that one day, he would be there, with his son Connor and that the latter would pulverize almost all the Canadian records at the event.

The father of the young prodigy has been in the front row to witness his son's exploits since the start of the tournament. On January 1, his wife Melanie and their daughter Madison joined them and they were therefore reunited, last Monday evening, for this historic evening during which Bedard not only eclipsed five records but above all created a moment that will remain forever in the World Juniors history, scoring a stunning goal in overtime to help Canada advance to tomorrow's semi-final.

“I started watching this tournament in the 80s. It is a very special event for me and to see Connor participate in it is just as special. You never expect to break records at this event, but to see him do it would be incredible, ”said Mr. Bedard, met in the stands of the Scotiabank Center on December 31 just before the match against Sweden, meeting in which he tied Eric Lindros for the most career points for a Canadian player with 31.

Moreover, this tournament has something special for Mr. Bedard and we were able to understand it. The latter had made an appointment with the author of these lines an hour before the match against the Swedes. After some difficulty finding each other, we finally managed to join as the warm-up period began.

Mr. Bedard politely asked us if we could wait until after the warm-up to do the interview.

“I have a pre-game routine that I like. to follow. I am very superstitious. I know it changes absolutely nothing, but I have to do it anyway!”

To hell with the records

If this is a special moment for the father, it almost seems that, for Bedard, it means absolutely nothing until he has the gold medal around his neck. .

In fact, it's not just an impression, confirms the father.

“Connor doesn't think about those things. He only wants to contribute to the team's successes and his way of doing that is by putting points on the board because that's the kind of player he is. He is not a physical player, nor a brawler. He wants to help the team win the gold medal and records don't matter to him. Which is a good way to think.”

Towards the Forsberg brand?

By the way, the absolute brand for the most points in a single tournament remains, technically, within Bedard's reach. In 1993, Peter Forsberg tallied an impressive 31 points in just seven games, including 10 against Japan.

After five games that year, Forsberg had 22 points and then he had more. scored five against Finland, then four against the Russians to conclude the competition.

To date, Bedard has 21 points in his first five games.

Also note that Forsberg holds the record for most career points at the World Juniors with 42, eight more than Bedard at the moment.

The young Canadian certainly has his work cut out for him. the board but it seems that nothing is impossible, for him, at the moment.