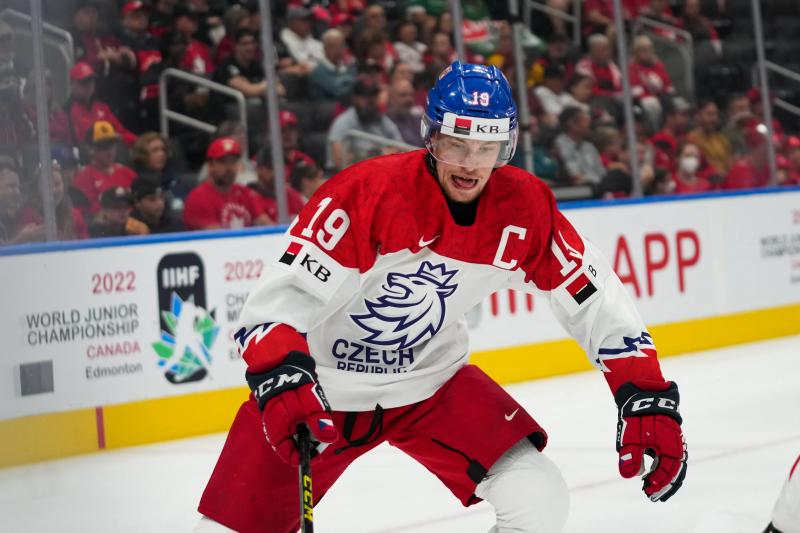 EDMONTON | We will never know exactly what was said in the locker room of the Czech Republic, before their surprise victory against the Americans in the quarter-finals of the World Juniors. What we do know, however, is that captain Jan Mysak's speech ignited a flame which, even after the game, did not seem to have died out among his teammates.

The hope of the Montreal Canadiens is the undisputed leader among the Czechs. Before Wednesday night's game, he spoke. That, we know because all the players have mentioned it. But what was said remained a state secret.

“I said a lot of things,” said Mysak, smiling.

Defender David Spacek was probably the closest to telling the media what the captain said.

“Jan is probably the best leader I have played with. In the locker room, he's the guy everyone wants to follow and he motivates everyone. I don't remember exactly what he said but it meant that if we believe in ourselves, we will always manage to get where we want.

“It was a very motivating speech. Everyone had fire in their eyes afterwards and we all wanted to win. He had given speeches before but this one was special. »

Unlike the other three surviving teams at World Juniors, the Czechs have a relatively young squad, with only six 19-year-old junior players [born in 2002], compared to Finland's 18 and Canada and Sweden.

“I'm not in the locker room all the time but he's a leader. He helped the coaches make sure everything fell into place and clicked. It's a bit like a father for the other players! He helps young people to mature by showing them what it takes to be successful,” praised coach Radim Rulik.

It must be admitted, few people expected the Czechs to overcome the United States in the quarter-finals. The team finished fourth in Group A after a humiliating 5-2 loss to the surprising Latvians, to conclude the preliminary round with a record of one win and three losses, including a shootout against Finland.

“It was not a good moment when we lost to Latvia,” added Mysak. We heard bad comments and people in our country were angry. When we lose, they are furious. We wanted to pull ourselves together and show them that we have a good team.

“If we play like we did against the United States, we have a chance to beat anyone. . The message is simple: if you believe in something and put in the effort, it can happen. »