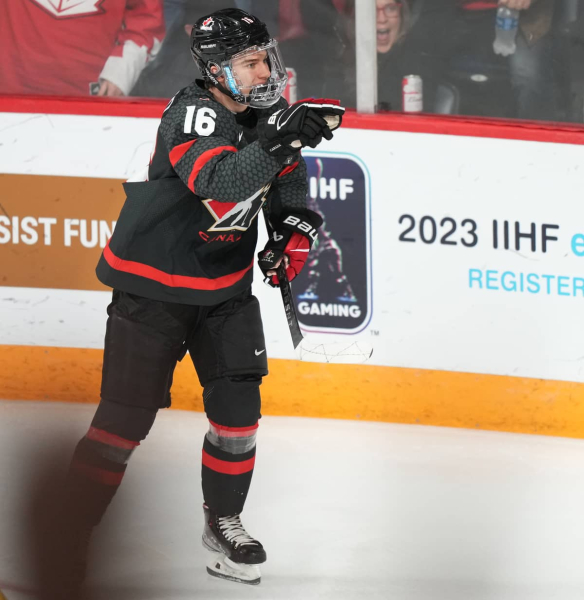 The 17-year-old forward continued his dominance by recording four assists in Canada's 5-1 win over Sweden in the final game of the knockout phase. band. With this victory, ECJ finishes second in Group A and will face Slovakia in the quarter-finals on Monday.

Bedard's four assists not only allowed him to tie the mark for the most points in a single tournament for a Canadian player (18), co-held before him by Dale McCourt, Brayden Schenn, but also to bring his total points in career at the World Juniors at 31, and thus equal the Canadian mark of Eric Lindros.

And, hold on to it: Lindros had achieved this mark in 21 games while Bedard did in 13 and that he may have three more games to play in the tournament!

“He's all fired up right now,” forward Brennan Othmann said. We are lucky to have him on our side and that he is on fire like that as the important games approach. »

Othmann was one of those to benefit from Bedard's four assists yesterday, scoring the second goal from Canada. The first was scored by Joshua Roy, after only 57 seconds had elapsed.

” He is incredible ! You don't know what he's going to do. He has the puck and it must be so hard to defend against him. Sometimes, even me, I play with him and I remain surprised when he makes his feints. In addition, his throw is incredible. He sees everything on the ice and if you're free, he'll give it to you”, complimented the Beauceron winger.

Bedard was only two years old when Lindros took his retirement, in 2007. He still understood the importance of the mark he had just crossed.

“My father told me a bit about Lindros and told me what an exceptional player and historic talent he was. To have my name next to his is kind of crazy. ”

Plus, December 31 was the birthday of his dad, Thomas.

“I don't think the guys know this but, for me , it was very important. »

If there were any doubts left over Team Canada junior, after the loss against the Czechs in the first match of the group stage, they were partly dispelled on Saturday.

ECJ were ruthless from the first minutes of the game, imposing their robust and physical style on the Swedes. Roy and Othmann scored on Canada's first two shots and the Swedes were never quite able to recover, despite a goal that made it 3-1 on a five-minute power play at following a knee kick from Zack Ostapchuk, a move that kicked him out of the game.

“Our identity is going to be to be physical and that's what we have to impose in the quarter-finals. It will be important for us and if we do that, I don't see a team that can come up against us,” said forward Nathan Gaucher, author of a few solid checks against the Swedes.

Tyson Hinds, Othmann with his second, and Kevin Korchinski completed the scoring for Canada as Ludvig Jansson was the only one to beat Thomas Milic.

And speaking of doubts, moreover, Milic was also able to dispel some of them yesterday. Little tested in the first, he had to distinguish himself a few times during the second period, including once at close range on a shot on reception by Jonathan Lekkerimaki. He finished the game with 22 saves.

“He played very well tonight,” admitted head coach Dennis Williams. He was solid and controlled his rebounds very well. His shorthanded saves were very important. He made some saves look easy when they weren't. »

Canada will now meet third-placed Slovakia in Group B in the quarter-finals on Monday night. All formations will have a day off on Sunday.