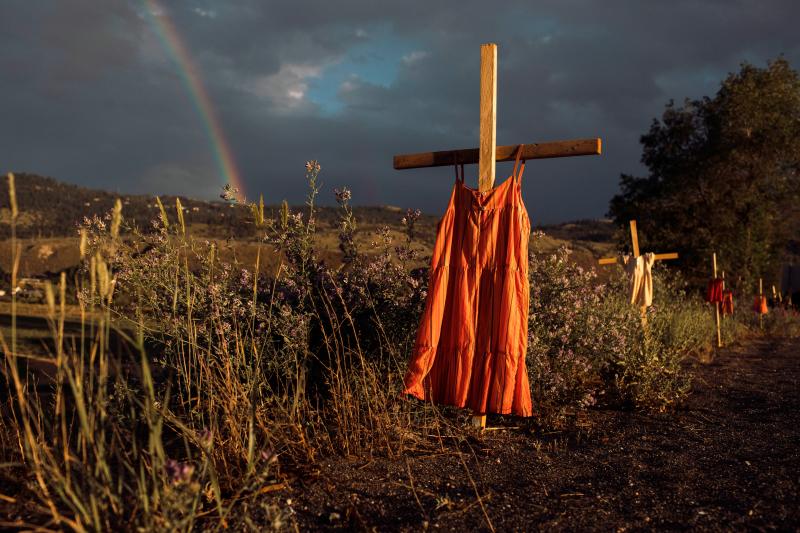 The renowned World Press Photo exhibition is back in the Old Port of Montreal. It presents the photo of the year, taken by Albertan Amber Bracken, which shows a work in memory of victims of residential schools. “It's a photo that touches me personally, deeply,” said the spokesperson for the exhibition, Caroline Monnet.

Caroline Monnet had “a whole range of emotions, both positive and negative” upon seeing Amber Braken's photo. Titled Kamloops Residential School, the image shows robes hanging from crosses at the site of a former Indian residential school in British Columbia.

The multidisciplinary artist of Algonquin and French origin, who lives in Montreal, believes that Indigenous realities will go beyond the borders of the country. “These stories we grew up with can no longer be ignored,” says Caroline Monnet. The idea of ​​genocide in Canada is very present and we finally recognize it, in 2022. This photo is very important, not only for Indigenous communities, but for our history in Quebec and Canada. »

“The World Press Photo is a bit like the Oscars of photography,” says Caroline Monnet. That his photo was chosen as the best photo of the year is one of the most prestigious honors.

In all, 4,066 photographers from 130 countries submitted nearly 65,000 photos for this year's contest. The 15th edition presents seven exhibitions and a total of 150 photos.

As spokesperson, Caroline Monnet was entitled to present her own exhibition during the event. As a world premiere, visitors will be able to see her series of photos entitled Ikwewak (Women), which features First Nations women.

“These are women who freed from the colonial gaze, which are presented in a very proud, very elegant, very eccentric way, says the artist. For the first time, I am combining my practice in photography and my practice in the visual arts. »

►The 15th edition of the World Press Photo takes place until October 2 at Bonsecours Market from Montreal. expo-wppmtl.ca