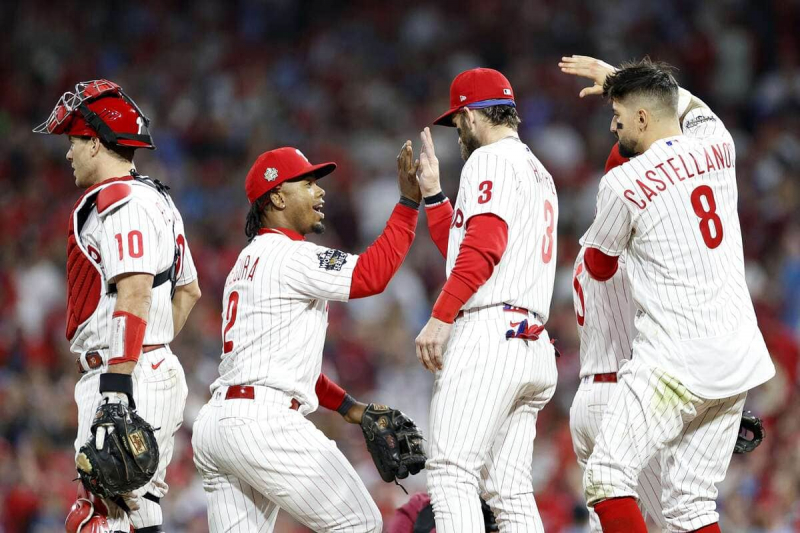 In their first game in front of their home fans of this World Series, the Phillies forged a 7-0 victory with a host of homers on Tuesday in Philadelphia against the Houston Astros.

The Cinderella team of these playoffs is therefore only two wins away from a first title since 2008. The Astros will have to win three of the last four games. 'they want to avoid a third loss in four years in the Grand Finals.

The long-ball festival began in the opening inning when Bryce Harper drove in the first two runs of the game. It was his sixth shot of the playoffs.

Alec Bohm and Brandon Marsh followed suit on the next turn at bat, each time solo, then Kyle Schwarber (two runs) and Rhys Hoskins (one run) gave fans memories in the fifth inning.

Lance McCullers Jr. (0-1) allowed all the runs on six hits and one walk in four innings and a third. Ranger Suarez (2-0) meanwhile gave up just three strikes from the safe and one free pass in five innings on the mound.

The fourth game in this series is Wednesday in Philadelphia.