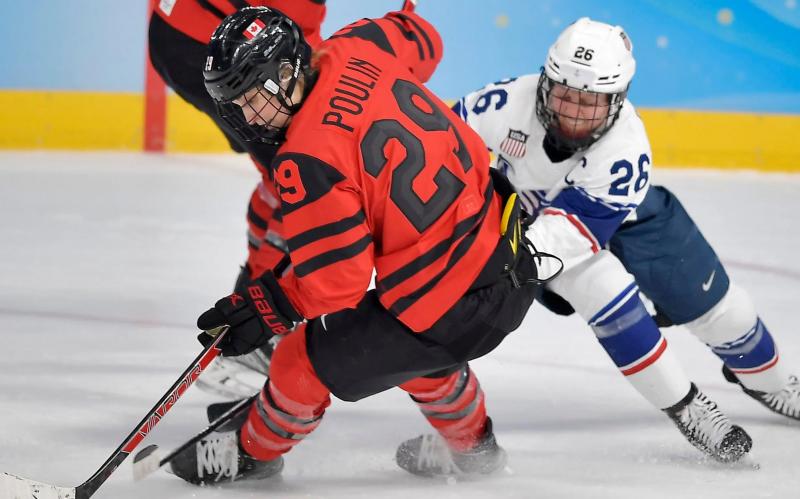 Even though a final round robin loss to the United States brought them down to earth, the Canadians need to stay focused as the road to the Women's World Hockey Championship final – and a possible revenge – will not be a cakewalk.

Canada will first meet Sweden in the quarterfinals on Thursday, before facing the winners of the duel between the Finns and the Czechs. If they manage to get through those two steps, the Maple Leaf representatives can think about the United States again in the final.

“It’s always difficult after a loss like that. You don't want to overreact, you just have to turn around, watch the videos and make the adjustments that will help in the next game,” said forward Brianne Jenner after the 5-2 loss to the Americans on Tuesday night.

On the Hockey Canada website, the 31-year-old veteran recalled that there was still a lot of hockey to play. The Swedes are not just anyone, they finished second in Group B, with three wins, including two in extra time, and a loss.

The classification of this section was outrageously dominated by the Czech Republic, who had beaten Sweden 3-0. The latter have scored 12 goals in four games and have allowed 10.

After the game against the Americans, Marie-Philip Poulin, as a good captain, called on her teammates to stay calm and stick together for the future.

“Now is not the time to panic , it is a match and a process. It won't be perfect, but it's up to us to be resilient and get back to work the next day,” said the Quebecer.

This important duel against the United States took place in two stages , the Canadians taking a 2-0 lead in the first period, before seeing the Americans reply with five unanswered goals. In net, Emerance Maschmeyer did what she could with 28 saves.

“The loss certainly doesn’t affect our confidence,” Jenner said. We will try to learn and get better.”

The Canada-Sweden match will also be a great opportunity to see two of the tournament's top scorers. Ontario's Sarah Fillier and her Thursday opponent Hanna Olsson both have four goals. They are tied for the top of the standings, tied with Czech Natalie Mlynkova.