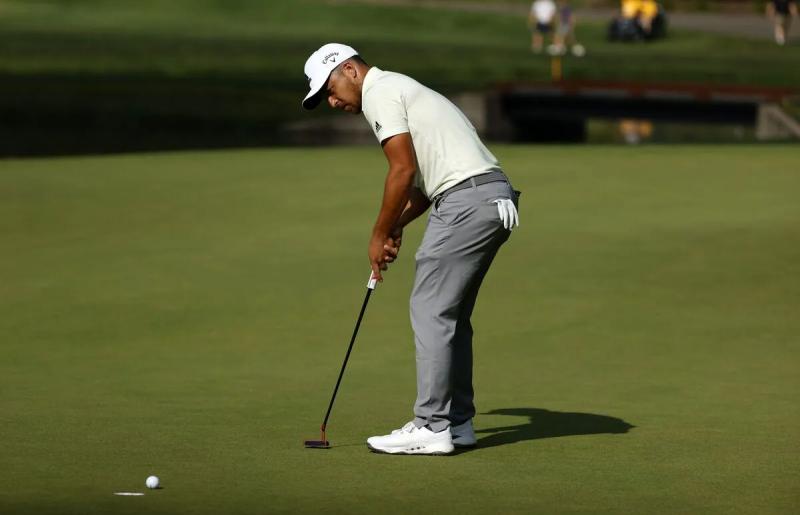 Xander Schauffele delivered the best card for a second straight day and took the lead in the PGA Tour's Genesis Scottish Golf Open on Saturday.

After making up for his lackluster start to the tournament by shooting 65 (-5) on Friday, the American added some more by taking four shots from par with a card of 66, bringing his cumulative score to -7.

He has a two-shot priority over his nearest pursuer, the Spaniard Rafa Cabrera Bello. However, had it not been for his two consecutive bogeys to end the day, Schauffele would have been more easily headed for his third title of the season on the circuit and his seventh in his career.

Cabrera Bello is one of the only two golfers, with the English Jordan Smith, to have given three cards under the bar of 70 strokes. He notably managed an eagle and three birdies between the 10th and 13th pennants to play 67 (-3).

As for him, Smith shares third place with the Americans Jordan Spieth and Ryan Palmer, at – 4.

After hitting an eagle on the third hole, Cameron Tringale (74), the leader after two days, tumbled to sixth as he committed seven bogeys.

Canadian Nick Taylor climbed five levels by playing par on Saturday. He is in 44th place (+3), while his compatriot Corey Conners (+4) fell to 53rd place by giving a card of 71.

Mackenzie Hughes did not have as for he was not able to avoid the ax and does not participate in the weekend rounds.