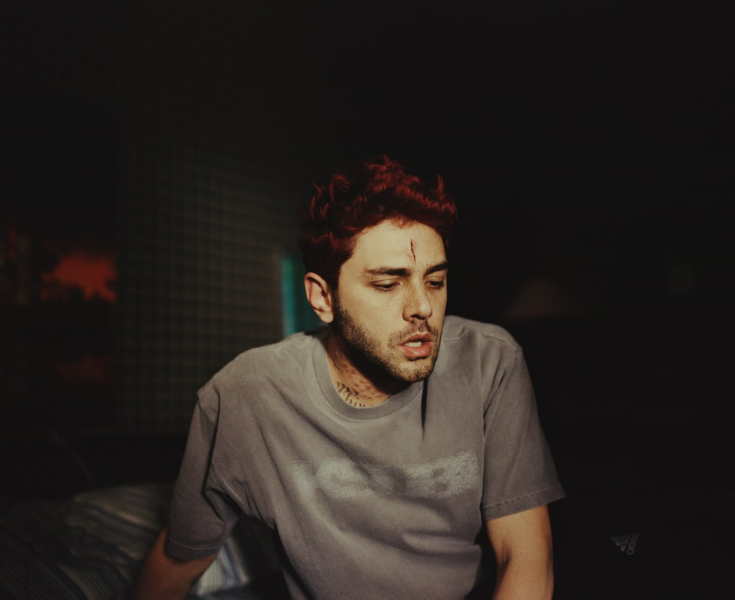 The Night Laurier Gaudreault Woke Up is a remarkable series that demands a lot from viewers.

I really wanted to see how Dolan had adapted Michel-Marc Bouchard's play, he who had brought to the screen with so much mastery Tom on the farm, another play by the same playwright.

As for Tom on the farm, the argument of The night Laure Gaudreault woke up is quite thin. The play and the series recount the return of Mireille Larouche (Julie Le Breton), a renowned thanatologist, years after she cut ties with her family and her brothers, Julien (Patrick Hivon), Denis (Éric Bruneau ) and Elliot (Xavier Dolan). In her last will, the mother (Anne Dorval) demanded that her daughter Mireille take care of her embalming.

The argument is not enough for a series of five hours. Dolan has therefore imagined a past for each of the members of this family, which has become dysfunctional, it seems, because of the heavy secret revealed by the last episode. But the numerous sex scenes, the drinking binges, the almost symbolic appearances of a masked motorcyclist hiding a protagonist, the drinking binges and the multiple sessions of coke and mutilation confuse the issue, mislead the spectators, but they do not manage to do forget about a thin script that stretches unduly.

How the devil Dolan can direct his actors with such meticulousness when he plays himself and is busy staging ? Dolan surely has eyes all around his head. But does he listen to his actors as carefully as he directs them? Far too many lines are inaudible, which does not promote
understanding of the story.

Patrick Hivon is impeccable in a very demanding role. Xavier Dolan did not give himself a gift, making himself ugly. Her neck is covered with repulsive pustules that we guess are the consequence of her discomfort. The abundance of close-ups on Mireille somewhat serves the excellent Julie Le Breton, who ends up running out of expressions. As for Anne Dorval, who we see at different ages, she is full of nuances. The director paid for himself by “remaking” for his favorite actress the anthology scene of I killed my mother. This time, the mother is not attacking her son, but her daughter whom she admonishes in a harsh way.

André Turpin’s photography is incomparable. We are left speechless in front of such astonishing framing that they can only be the result of a perfect complicity between him and the director. Music is often the poor relation of our series. That's not the case here. The soundtrack by Hans Zimmer (2 Oscars, 4 Grammys, etc.) and David Fleming captivates without overpowering anything. Almost perfection. This is no small compliment in a series where excesses abound.

It rains a lot in Val-des-Chûtes. Not romantic showers like in The Umbrellas of Cherbourg, but car wash style storms in which Gene Kelly could not have done three dance steps. Same abundance on the side of the decorations. The props had to empty all the pawn shops in Quebec to manage to load the sets to this point.

Do you have to see the series? Yes, but it is demanding. Unless you're strong, it's best not to watch all five episodes in a row. Yes, because the series is emblematic of the work of Xavier Dolan and his very particular world.