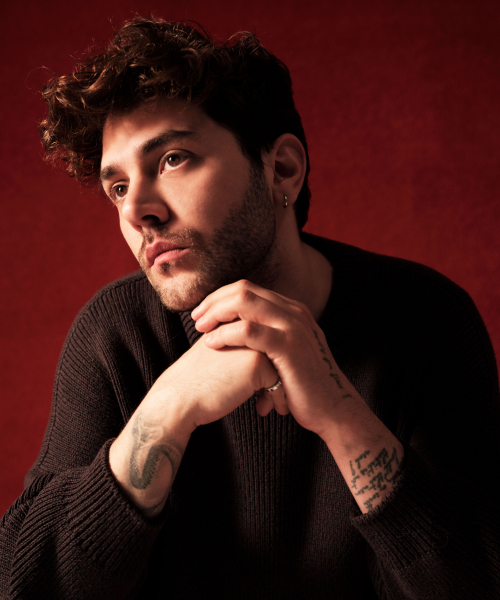 Xavier Dolan rode at full speed during the first decade of his career, directing no less than eight films in ten years. Then the pandemic arrived and allowed the 33-year-old filmmaker to take a breather and reflect on his way of telling stories. This time for reflection prompted him to embark on a new challenge: the production of a first TV series.

Thus, after conceiving his first films in a hurry, Xavier Dolan took his time to write and direct his first television series, The Night Where Laurier Gaudreault awake, which arrives on Club illico on November 24. Adapted from a play of the same title by playwright Michel Marc Bouchard, this ambitious project also allowed him to dive headfirst into the thriller genre, a genre he adores and had had the opportunity to touch only once. until now, in his film Tom à la ferme, also based on a work by Bouchard.

“I had long dreamed of directing a series but also of making a thriller, says the filmmaker, in a long interview with Journal.

“Psychological thrillers and suspense are probably my favorite thing to watch in movies and on TV. These are codes that I admire. With Anne [Dorval], we always call each other to recommend good thrillers to watch. I also think that I did this series a little thinking that it was the kind of show that we would love to watch together, my friends and I, if we were not part of it. »

Divided into five one-hour episodes, The Night Laurier Gaudreault Woke Updepicts a world-renowned thanatologist (Julie Le Breton) who returns to her family to embalm her mother and who thereby finds her brothers whom she had not seen for years. Old family secrets will eventually resurface.

Xavier Dolan says he had “absolute love at first sight” for this story when he discovered the play in the summer of 2019, at the TNM.

“I called Michel Marc [Bouchard] the next day to tell him that I wanted to adapt this story, says the director of Mommy and I killed my mother. I know that several people had already approached him to adapt it into a film. But I immediately imagined a TV series. It is a piece that was built on the evocation of the past of the members of this family. I told myself that by bringing it to the screen, I could materialize all these stories lived in the past by these characters. »

Most of the actors in the play (Julie Le Breton, Éric Bruneau, Patrick Hivon and Magalie Lépine-Blondeau) took over their characters in the series. Xavier Dolan also gave himself a role because he wanted to participate in the project as an actor as well. He also entrusted the character of the mother of the siblings to Anne Dorval, his favorite actress.

Wanting to produce a series of international caliber, like those he likes to devour on viewing platforms, Xavier Dolan was able to shoot the five episodes of The night where Laurier Gaudreault woke up with a large budget (which however remains secret). Grandiose, the series benefited from 82 days of filming, which is enormous for a Quebec production.

“Yes, we had money and time to do the series. But I think the size of the budget is reflected on screen, especially in the sets and costumes, he explains. It's a series that unfolds over two eras, 2019 and the end of the 1990s. The idea that we sold to the people of Club illico from the start was to make a series that would allow us to to travel talent from here and present it in such a way as to position itself internationally. In a rather daring and generous way, they have embarked on the project by giving us the means to achieve our ambitions. »

Excluding the post-production stage, which was, by his own admission, long and complex, Xavier Dolan describes the making of The night Laurier Gaudreault woke up as “the most galvanizing, rewarding and formative experience” of his career.

“It's also the project for which I feel like I did my job the most studiously,” he adds. I really did my homework. I thought long and hard about the best way to tell things, to deploy them, to distill such and such information, to make such and such a character say such and such a thing at an X moment. With the actors and the producer Nancy Grant, we thought to this project together by studying it from all angles. It taught me a lot. »

Wearing the hats of screenwriter, director, producer, actor and editor, Xavier Dolan always invests himself fully in his projects. However, this enormous pressure that he imposes on himself each time begins to weigh heavily on his shoulders, to the point where he seriously considers taking a break from directing.

“I I'm really given 200% in a whole, passionate and even aggressive way in this project”, admits the filmmaker about the creation of The night where Laurier Gaudreault s'awakened, his first series TV expected on Club illico on November 24.

“But at the same time, I don’t really want to do this job anymore. I'm tired. We are in 2022, and the world has changed drastically. Me, in that world, I no longer necessarily feel the need to tell stories and to relate to myself. I want to take time to be with my friends and family. I want to shoot commercials and build myself a house in the country one day when I have enough money saved. I don't say that in a sad way at all. I just want to live something else, other experiences. »

It is not the work of a director as such that exhausts him. On the contrary, he says he had a blast turning The night Laurier Gaudreault woke up. What he finds “discouraging” and “draining” is rather having to go through all the stages of production.

“If I could shoot a film or a series and disappear afterwards, I would, he says. But we know that before filming, there is preparation and then there are all the stages of post-production. I don't think I'm really cut out for that anymore. »

Dolan has not given up on the cinema, his first love, but he says he does not have a film project in the works at the moment. The mixed successes of his last two feature films – My Life with John F. Donovan and Matthias and Maxime – have obviously burnt him.

“The fact of having released Donovan a month before Matthias and Maxime, it killed the two films, he laments. Of course, you don't spend all that time making a film by the sweat of your brow so that only five people can see it! »

While waiting to find inspiration for another project, the filmmaker is delighted to be able to share The night Laurier Gaudreault woke up with the public.

“It is not insignificant that in this series there is a reflection on life, death, mourning, redemption, the family, he observes. It is a fairly global and existential work. And maybe that's my way of saying goodbye for a little while…”