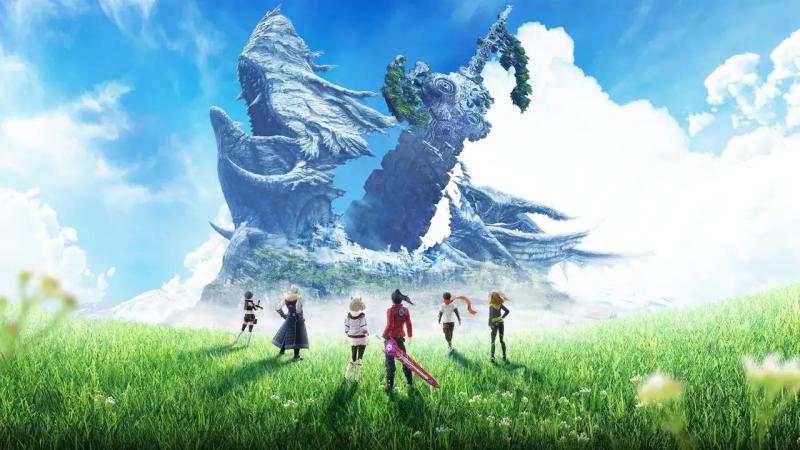 We hoped that Xenoblade Chronicles 3 would be the RPG of the summer. Nintendo heard us of course… and even enhanced this wish. Because it offers us today what could very well be among the best titles of the entire year, all genres combined.

First, a confession. The universe of the Xenoblade Chronicles saga was completely unknown to us before diving into this new chapter. Obviously, we were well aware of the planetary phenomenon that began in 2010, but we had, let's say, followed it from afar, without exploring it ourselves.

First observation? It's an extremely rich, dense and dense world that unfolds as far as the eye can see, almost instantly when you start a new game. The player finds himself catapulted into a breathtaking fantasy world that can, at first glance, seem intimidating with its own codes and precise vocabulary.

But fortunately, we are [almost literally] taken by the hand from the first minutes of the game, launching us on the battlefield with a tutorial teaching us the basic combat mechanics. Novices will be satisfied – and reassured – while veterans will appreciate the fluid and dynamic side of the exercise intended to refresh their memory.

Here are the basics. Be careful, however, because Xenoblade Chronicles 3does not necessarily reveal all its secrets to us so quickly. For example, we spent a long time amassing seashells, bravourubis, croustinoix, mushroom cushions and other trinkets with strange names before knowing their usefulness. Fortunately, it was with obvious pleasure that we criss-crossed plains and valleys full of secrets and colorful scenery.

It is this journey that is at the heart of the plot. We explore the lands of Aionios, a world torn apart by a conflict between two nations: on the one hand, that of mechanical technology. On the other, that of ether magic. Our band of heroes will have to navigate in different zones by stringing fights and affronts, thus dispelling the mysterious secret that this war hides.

Small disappointment, however, for Quebec players; The game's dialogues are only available in Japanese and English. Those who do not master the language of Shakespeare will have to make do with French subtitles to follow the plot, which is particularly talkative.

This is all the more unfortunate considering that one of the main strengths of this Xenoblade Chronicles 3 lies precisely in its plot, gripping and well put together. You are surprised to find yourself fully invested in it quickly.

Nintendo has also managed to find, and maintain, the perfect balance between the story and the action, between the dialogues and the fights. These fights are skillfully developed and, moreover, defended in real time. This enhances the experience by several levels, greatly energizing these exchanges.

Another fact to note, Xenoblade Chronicles 3 is a very sturdy game; one can easily predict that it will keep players occupied for more than a hundred hours with its main plot and side quests. In short, no more excuses for not paying for a stay in your universe.