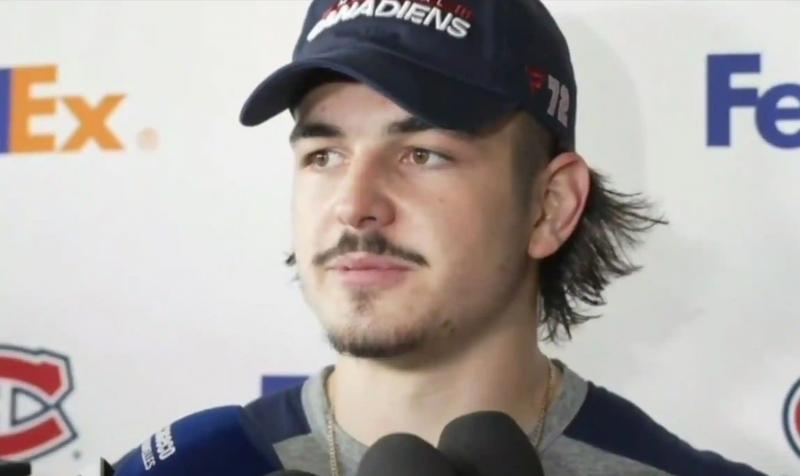 Montreal Canadiens colossus Arber Xhekaj has revealed that he called out an Ottawa Senators player's “bad comments” to the referees during Sunday's Rookie Tournament game in Buffalo.

Xhekaj certainly hasn't made any friends in Canada's capital. He first sent striker Viktor Lodin to the locker room with a violent shoulder blow. Then he passed the K.-O. to Quebec defender Zachary Massicotte, when the latter deigned to throw the gloves at him.

In a press briefing after the game, the 6'4″ player explained that he had spoken to the referees during the match to denounce the remarks of an opposing player, but he did not reveal more.

“I wanted to speak to them, because one of the guys on their side made bad comments and I wasn't going to let him,” said the 21-year-old Ontarian. He has no right to say such things. I addressed the situation and made sure they were aware.”

The Canadian won this duel, the last of the rookie tournament, by a score of 7 to 2.