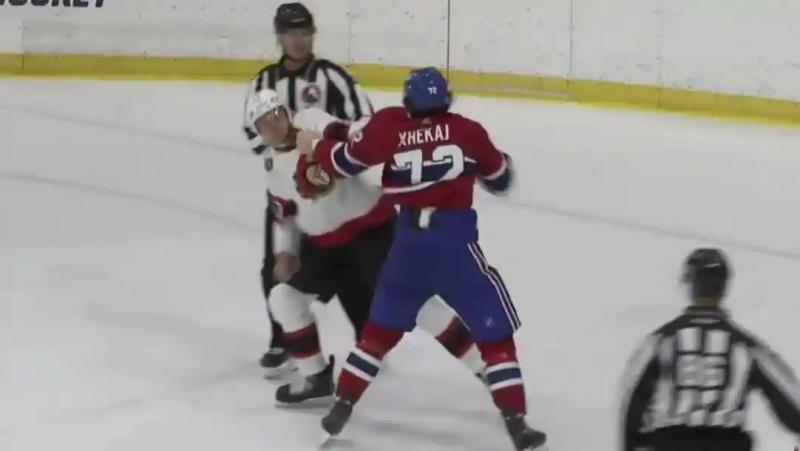 Canadians prospect Arber Xhekaj served a correction to a Senators opponent Sunday afternoon during a Rookie Tournament game in Buffalo.

Xhekaj, a defenseman who spent last season in the Ontario Junior League, went after Quebec's Zachary Massicotte in the second period. Obviously, poor Massicotte made a very bad decision by dropping the gloves, since he had his portrait rearranged by a solid right from Xhekaj.

The Senators then indicated that Massicotte would not return not in the game, with an upper body injury.

Watch the sequence in the main video.