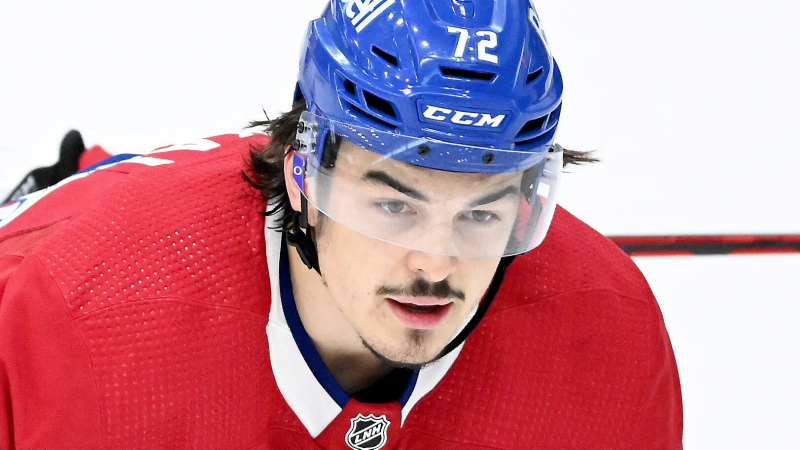 Arber Xhekaj didn't have a perfect match in Gander, this small town in Newfoundland and Labrador. There were some turnovers, questionable puck decisions and two poor penalties, but he once again found a way to get people talking.

Never drafted, Xhekaj understood a principle. If the door is closed, you have to break it down. He has this rare attitude, that of a player who will never back down to achieve his dream.

At 21 and on the eve of his first season as a professional, the big defender of 6 ft 4 in and 238 lbs has already won his bet. He dangerously complicates the plans of Martin St-Louis, Kent Hughes and Jeff Gorton for him.

Francis Bouillon had predicted before the start of the rookie tournament in Buffalo that he would need mileage in the American League with the Laval Rocket. It's still probably the most logical destination for him to grow into quietly.

But Xhekaj has a card up his sleeve that no other defender on the team can. He's physically intimidating, loves the physical game, and has a knack for quickly becoming the other team's enemy.

< p>In this first of two preseason games in the Atlantic provinces, Xhekaj knocked down center Tim Stützle with a shoulder shot in front of Cayden Primeau's net. He also defended his teammate Kirby Dach, another big guy, who had just been hit by Auston Watson.

We will not glorify violence in hockey. But as long as fighting is allowed, a player like Xhekaj can make a rival think.

Watson, 30, has 407 NHL games and has never been recognized for his scoring skills with 489 penalty minutes. Despite this, Xhekaj never wavered. As soon as he saw Dach on the ground behind the net, he engaged the Senators winger. A fight that the 21-year-old, who has still not played a match with the pros, won.

< p>The scene remained fascinating. After last Tuesday's 5-4 loss at the Bell Center against the Senators, Xhekaj spent long minutes in the team's locker room. With a handful of reporters, including the author of these lines and Marc-André Perreault of TVA Sports, the Ontarian opened up about how he felt about snagging off with captain Brady Tkachuk. < /p>

“I think it's great, it's incredible,” he replied. First, it means that a star player like Tkachuk knows my name if he takes the time to insult me. It's a sign that I'm doing my job. It doesn't bother me in the least.”

After that game in Gander, D.J. Smith was not a happy man. The Sens head coach told reporters on site that he didn't like some CH players targeting his best players. Yes, he had on his heart Josh Anderson's blow against Stützle at the end of the game, but he also had to think about Xhekaj.

Once again, the young 21-year-old defender did his job . He disturbs. He talks about himself. He earns points. And it's getting closer to Montreal.