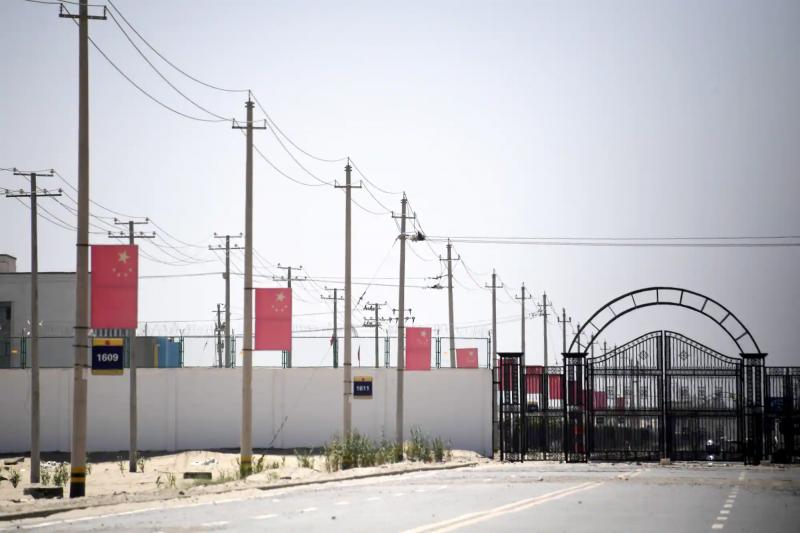 The long-awaited UN report on the Chinese region of Xinjiang, published in extremis on Wednesday, evokes possible “crimes against humanity” and reports “credible evidence” of torture and violence against the Uyghur minority and calls on the international community to act.

“The extent of the arbitrary and discriminatory detention of members of the Uyghurs and other predominantly Muslim groups…may amount to international crimes, in particular crimes against humanity,” the report says. less than fifty pages in its conclusions.

Former Chilean President Michelle Bachelet, for whom it was the last day at the head of the Office of the High Commissioner after a four-year mandate, thus keeps her promise in extremis by letting the document be published shortly before midnight in Geneva.

If it does not seem to contain any revelations compared to what was already known about the situation in Xinjiang, this document brings the seal of the UN to the accusations leveled for a long time against the Chinese authorities.

Its publication had been the subject of intense pressure from supporters for it to be implemented — notably from the United States and major human rights NGOs — and, conversely, from the to prevent seeing the light of day from Beijing, which considers the report a “farce” orchestrated by the West, led by Washington.

In this document, the UN called on the international community to act urgently in the face of allegations of torture and sexual violence in China's Xinjiang region that the organization considers “credible”.

“Allegations of recurring practices of torture or ill-treatment, including forced medical treatment and poor conditions of detention, are credible, as are individual allegations of sexual and gender-based violence,” writes the Office of the United Nations High Commissioner for Human Rights in the report.

“Better late than never. It will be a decisive moment, “said Sophie Richardson, director of the NGO Human Rights Watch for China, before the release of the document. She felt it would show “that no state is above the law”.

More than the content, it is the existence and the publication that are important in his eyes because this will oblige the United Nations Human Rights Council to take up the case.

On the other hand, China kept repeating all the bad things it thought about the document. At the UN in New York (United States), Chinese Ambassador Zhang Jun reaffirmed on Wednesday “to be firmly opposed to the report”.

“The so-called Xinjiang problem is a totally fabricated and politically motivated lie” that is holding back China's development, he said, accusing Bachelet of “meddling in China's internal affairs”.

For her part, Ms. Bachelet – accused of being too lenient towards Beijing – replied that dialogue with the Chinese authorities, as she notably did during a controversial trip to China in May “does not mean turning a blind eye .

A quick search in the text of the UN does not bring up the word genocide.

An accusation brought against Beijing by the American government. In January, the French National Assembly, following in the footsteps of the representation of the United Kingdom, the Netherlands and even Canada, had also described China's treatment of the Uyghurs as “genocide”.

Xinjiang and other provinces of China have been hit for several decades, and in particular from 2009 to 2014, by attacks attributed to Islamists or Uyghur separatists.

For several years, the region has been doing this subject to intense surveillance: ubiquitous cameras, security gates in buildings, highly visible armed forces in the streets, restrictions on the issuance of passports…

Western studies, based on interpretations of official documents, testimonies of alleged victims and statistical extrapolations, accuse Beijing of having interned in “camps” at least a million people, mostly Uyghurs, of carrying out “forced” sterilizations and abortions, or even of 'forced labour'.

Beijing further presents the 'camps' as “vocational training centers” intended to keep the inhabitants away from religious extremism, and which would henceforth be closed, because all the “students” would have “completed their training”.