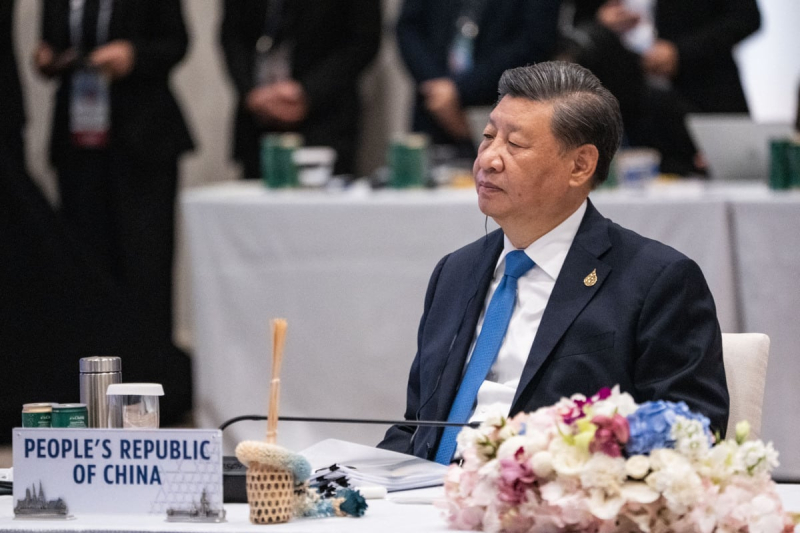 The Chinese leaders had forgotten this detail. In front of their television, Chinese spectators of the World Cup observe that the public in the stands does not wear a mask. That the people who attend the matches are not separated from each other. That they are not chaperoned by men dressed in white plastic spacesuits.

While at the start of the COVID-19 pandemic the Chinese government boasted of having taken the best disease control measures in the world, he is now a dunce.

The Chinese are subjected to tests against COVID-19 as soon as a few cases appear in their agglomeration. As the reagents are missing, samples from 10 people can end up together in the same reagent test tube. Consequently, for each positive result, nine other people who are not necessarily contaminated receive a red code on their cell phone.

This code is catastrophic. These people can no longer leave their homes until their results are negative. Worse, often, as an extreme precaution, everyone in their building is assigned the same code, like their co-workers.

When cases reach a few hundred, it's the whole city which is closed.

Almost a third of Chinese cities are now in quarantine.

The Chinese government could vaccinate its population with vaccines from Pfizer or Moderna. But that would be to recognize that the Chinese vaccine is very ineffective.

Faced with such a failure, the leaders should simply buy doses of vaccine from Pfizer or Moderna and massively vaccinate the population.

The problem is that China's current policy of limiting COVID-19 is intimately linked to Xi Jinping, happy that the pandemic gives him the opportunity to reaffirm the authority of the state everywhere, directly and individually to each citizen.

This show of force reassures the Chinese Communist Party which, since June 4, 1989, has lived in fear of being overthrown by the population.

Questioning the policy of combating COVID-19 is tantamount to question the totalitarian control that the government has exercised over its population for several years. Which also amounts to criticizing Xi.

No one, even among the leaders or among the executives, wants to risk committing such a crime of lèse-majesté.

The Chinese people, cloistered at home, forced to wear the mask, therefore attends World Cup matches. She sees that the rest of the world's population is free of movement and free of masks.

This will not bring Xi down. It is also possible that dangerous mutations of the virus will one day force other countries to reinstate containment measures.

But the pandemic is making Xi's government look bad.

More than of COVID-19, China is sick of Xi Jinping.