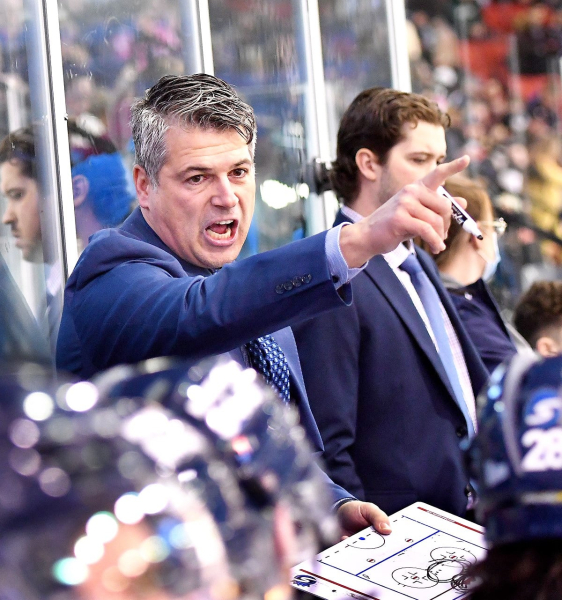 Chicoutimi Saguenéens big shot Yanick Jean has become the franchise's most successful head coach in his eighth full season at the helm of the club.

Jean took first place by overtaking Richard Martel with his 252nd victory behind the Saguenay bench, Friday night, in Shawinigan. His men offered him this famous victory by winning 6 to 4 against the Cataractes, a first positive result in 2023.

“It doesn't change much,” Jean explains neutrally. However, I am proud of it and it is a great sign of longevity in Chicoutimi. When you do this job, you don't look at the numbers. We're going one game at a time. »

This victory at the Gervais Auto Center was marred by the departure of Jérémy Leroux on a stretcher. In the opening moments of the match, the rookie collapsed on the ice after an accidental collision with a rival. He was subsequently taken to hospital.

After seeing Natan Éthier put the Mauricie squad in the scoring, Andrei Loshko scored his team's fifth goal. Despite nets from Stéphane Huard Jr., Jérémy D'Astous and Lou-Félix Denis in the final third, Shawinigan was unable to complete the comeback. Alexis Morin sealed the outcome of the game by scoring his first goal in the blue and white uniform.

The last few weeks have been not very restful

While the trading period ended on Friday, the general manager of the Sags wants to “reproduce what the team did night after night” during the first half of the season. Having acquired Zachary Cardinal, Alexis Morin and Loïc Usereau in the last 24 hours, he wants his young group of players to develop in “a competitive environment”.

“C It's difficult to be traded and also to see guys leave, but at the same time, it allows you to grow as a person,” mentioned the Alma instructor. In order to put “everyone on the same level”, Jean will not be shy about getting out the drawing board during the next team practices.

The Sags will find their fans for the first time in 2023, Sunday afternoon. They will host the Victoriaville Tigres.