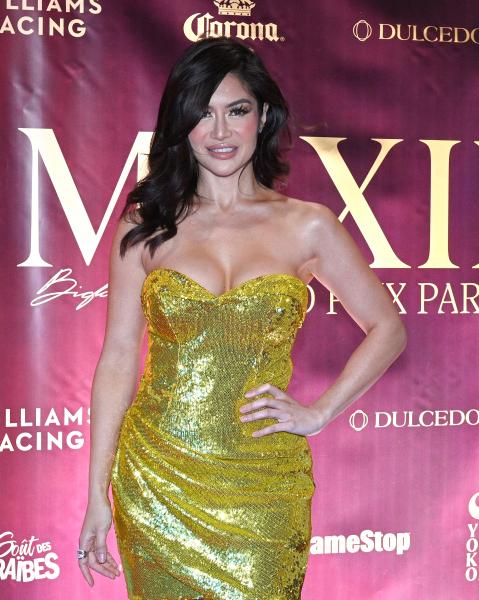 You've been mad at Kim Lee since the last season of the reality show The Bling Empire (Bling Empire)? That will change when you see the next episodes, promises the main interested.

The reality show Bling Empireopens to us the doors – golden – of the extravagant homes and lives of a group of Asian millionaires and billionaires and Americans of East Asian roots living in Los Angeles. Among them, the DJ Kim Lee makes the spectators dream with her perfect figure, her sumptuous outfits and her keen sense of party.

In the second season released on the platform on May 13, Kevin Kreider (the model of the group) tries by all means to seduce her. Very suspicious, Kim asks him to pass a lie detector to prove his good intentions. Which somewhat backfires on her.

“Kevin and I will always be good friends, she explained during her visit to Montreal during the Formula 1 weekend. lies, but viewers also understand that I have a hard time trusting people. I really thought that would be a good thing. But, obviously, it didn't work out so well for me (laughs). »

She assures that viewers will be able to better understand her fears and motivations when they can watch season 3. Netflix has not yet announced a release date for this season. next season to stop blaming me,” the DJ and model, whose fortune is said to be worth US$10 million, went on to say. When you go watch it, I swear you'll understand me better. »

The party in Montreal

The passage of the one that many nicknamed “the Asian Kim Kardashian” on the red carpet of the Maxim Grand Prix Party at Windsor Station in Montreal on the sidelines of Formula 1 was brief, but dazzling. “I love F1 and partying,” she explained. Lewis Hamilton is also a good friend. »

Although no Bling Empire cast members accompanied him to Montreal, his makeup artist from the series was at his side in order to take care of her outfit, hairstyle and makeup.