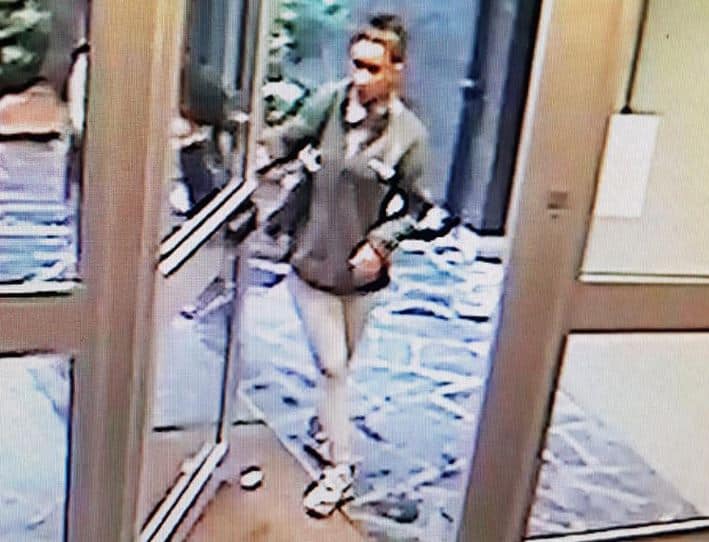 The first elements on the personality of Dahbia B., a 24-year-old Algerian woman charged after the discovery of the body of a schoolgirl, Lola, in a trunk in Paris, reveal a marked chaotic life course by marginalization and violence.

Dahbia B. was charged on Monday with murder and rape with torture and barbarism of a minor under 15, and imprisoned.

This murder aroused great emotion in France, and the parents of Lola, aged 12, were received on Tuesday by President Emmanuel Macron, who expressed “all his support”.

Born in Algeria in the spring of 1998, Dahbia B. arrived in France in 2016 legally, with a student residence permit.

Two years later, in 2018, she was the victim of domestic violence and this is how she made herself known to the police.

Arrested on August 21 in a French airport for lack of a residence permit, she was issued with an obligation to leave the territory.

As she had no criminal record, she was released with a period of thirty days to return to Algeria.

Certificate of professional aptitude in catering in his pocket according to his statements, Dahbia B. had no housing, no job, no resources at the time of his arrest.< /p>

Lived with an acquaintance in the Paris region, she occasionally stayed with her 26-year-old sister, who lives in the same building as Lola's family, in the northeast of the capital.

His sister testified before the investigators of the chaotic life of his youngest.

“Difficult to insert”, which was confirmed by members of her entourage, Dahbia B. had “night awakenings the past month during which (she) made incoherent remarks”, she said.

During her police custody, the suspect had “fluctuating statements (…) oscillating between recognition and dispute of the facts”, explained Monday in a press release the Paris prosecutor, Laure Beccuau.

After detailing the sequence of events up to Lola's death and her journey with the crate containing her body, Dahbia B. reconsidered her statements.

She explained “having told a dream and not reality”, arguing that she “was able to defend herself against a knife attack while indicating that she had fought against a ghost”, according to a document consulted by AFP. She said it was “impossible for her to kill a child”.

She “showed no empathy for the victim”, it is underlined. “It doesn't make me hot or cold,” she replied to the investigators presenting her with pictures of Lola's body. “I too was raped and saw my parents die in front of me.”

In this document, mention is also made of the “incredible ease in taking action”.

During a closed-door hearing on Monday before a judge of freedoms and detention, the young woman, wavy brown hair pulled up in a bun, appeared calm and detached, standing straight in the box.

She would suffer from mental disorders, but a first expertise concluded that there was no “imminent psychological danger” and she was declared fit to be questioned. In addition, she is not known to psychiatric hospitals in the Paris region, according to initial checks.

During the investigation, one or more psychiatric expert opinions will be carried out to determine whether she is affected or no disturbances and whether, if necessary, his discernment could have been altered or abolished during the passage to the act.

This murder sparked the beginning of a controversy: the far-right leader Marine Le Pen insisted, in the National Assembly, on the fact that “the suspect of this barbaric act should not have been on our territory”.

After having invited her to “decency” and respect for the “pain of the family”, Prime Minister Elisabeth Borne asked that we let “the police and the justice system do (their) work”.

The Minister of Justice Eric Dupond-Moretti estimated, in response to a question from a right-wing deputy, that “using the coffin of a 12-year-old girl as one uses a step” was ” a shame”.