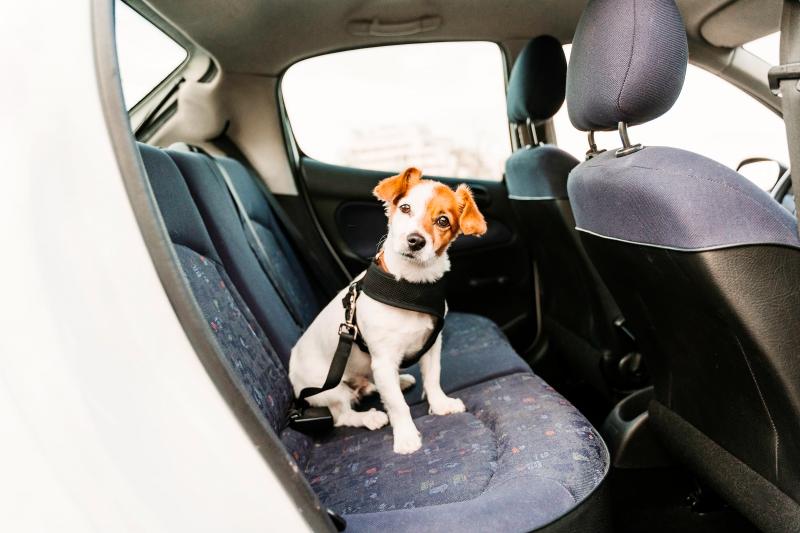 Summer is the time for vacations and short getaways. Before hitting the road with Fido by your side in the car, here are some great tips to keep you out of trouble.

Becoming familiar with the car

< p>Has your dog never taken a ride? It's not the idea of ​​the century to bring it on a long road trip for that first time. This is far from obvious for all dogs. Some may be afraid, others feel sick… We don't want to create discomfort or trauma. Prevent the problem and gradually introduce him to the car by respecting his pace and using positive reinforcement.

Never leave your dog alone in the car

< p>In summer, when it is hot and humid, the temperature can rise very quickly in a stationary car, even if it is in the shade and the windows are ajar. You must therefore avoid at all costs leaving your pet alone in the car, even for a few minutes, as this can be fatal. It's a matter of life and death and it's still something that unfortunately happens all too often.

Motion sickness is a condition that affects many animals in cars and is somewhat similar to the seasickness that afflicts humans in boats. Thus, some dogs are nauseous and may vomit in the car. Very good medications can be prescribed by your veterinarian to avoid this type of inconvenience. Veterinarians are in high demand right now, think ahead.

In the car, it is important to attach our dog using a seat belt designed for him or to put him in his cage and secure it to the seat. Why? First of all, a loose animal in the automobile can easily be the cause of an accident. It distracts us, of course, but it can also hurt us by turning into a projectile on impact. In a car traveling at 55 km/h, a 60 pound (27 kg) dog can hit the windshield, a seat or a passenger with an impact corresponding to 1224 kg. Imagine a big Saint Bernard! Of course, your dog can also be injured from a sudden stop. Strongly the seat belt, but it would be wise to train your dog to tolerate it well before the holidays.

Stopping Fido from sticking his head out the window

I know a lot of dogs love sticking their big heads out the car window and getting their hair combed, but did you know that a scan data from a pet insurance company a few years ago reported medical conditions frequently linked to this mania, such as lacerations on the head and foreign bodies in the nasal cavity? Indeed, by sticking his head out when the car is moving, the dog exposes himself to debris thrown on the road which can sometimes lacerate his skin or even be inhaled. The moral of the story? I'll let you guess!

Finally, don't forget to stop regularly to let the dog stretch, always on a leash, and do his business. We make sure to have a supply of water and his bowl and we offer it to him at each stop. Did you know that some rest areas even have a dog park? This is the case in Villeroy.