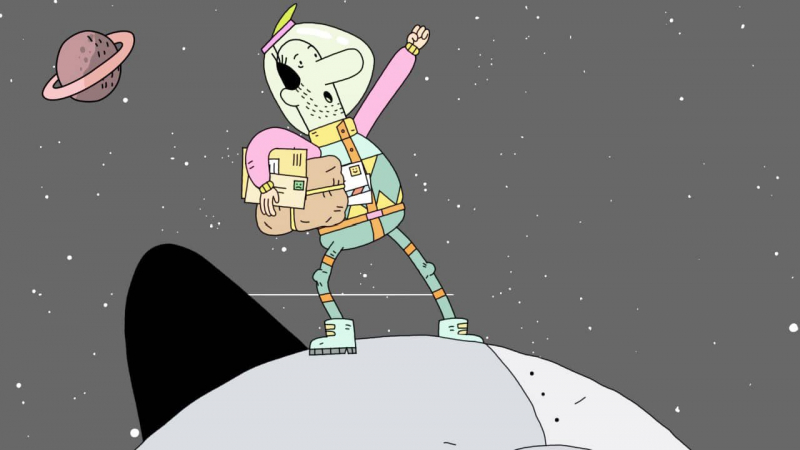 Readers of all ages who have already devoured the third book of the comic The Space Factor have something to eat before the fourth book arrives.

Guillaume Perreault, the creator of the popular Bob, has produced his very first TV series, the first season of which is available in nine five-minute episodes on ICI Tou.tv Extra. His desire to offer something new to all admirers of the air mailman has led to the creation of all new adventures, and Odile, a comic character who wants to be the complete opposite of the hero.

“Bob is down to earth, he is composed, he has fears and does not like to step out of his comfort zone, recalls Guillaume Perreault. We created Odile so that she pulls him towards the side of adventure. She is more daredevil, more reckless, more determined and thinks less before taking action […] We found it interesting to have the two antipodes, even if it is a great classic. »

Very successful, the visual invoice of the television production plunges, from the first seconds, Bob fans into a universe that 'they know very well.

Born in 1985, therefore having grown up during the 1990s, Guillaume Perreault let himself be transported by two-dimensional cartoons, a bowl of cereal in his hands. For him, it was out of the question for 3D to interfere in his work.

“I grew up with traditional cartoons, it's something I really like. I don't take anything away from 3D animations, but it's not something I wanted […] I wanted it to look a bit like the book was moving. »

In order to carry out the experience of the realization, the author, illustrator and screenwriter obviously had to adapt to the fast tempo of the small screen.

The Beauty of the Everyday

Since he first introduced himself to readers in 2016, Bob has been forever moving through a happy futuristic world where his working days turn out to be just as interesting – and sometimes even more – than missions where the life of humanity hangs by a thread.

“I have always loved science fiction, but with The factor of space, I didn't want to create end-of-the-world stakes, fight evil and save the galaxy, says Guillaume Perreault. I find that science fiction is very interesting in itself and we don't always have to have impossible situations where we are a hair's breadth from saving the galaxy in each episode. »

And he is not the only one because his literary adventures have already been translated into eight languages ​​and sold in more than 10 countries.