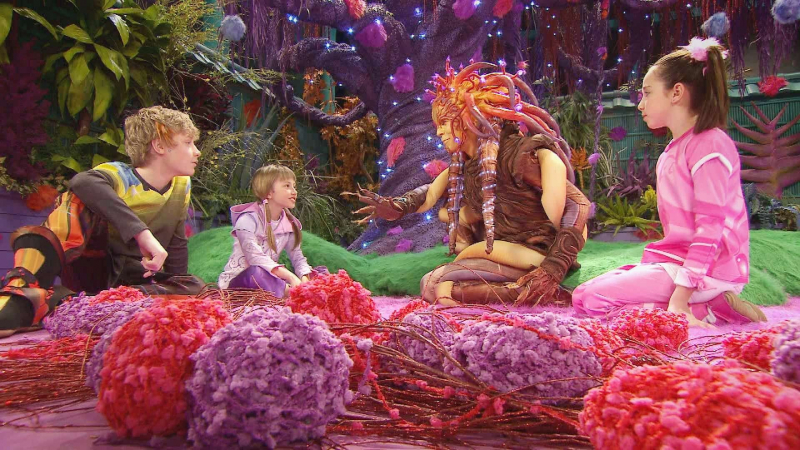 The immensity of space and the mysteries it contains exert a deep fascination. Among the curious, there are these young people amazed by their discoveries. Several creators have therefore decided to tell or imagine, on TV, what is happening above our heads.

Many would like to slip into the shoes of Alex and Joaquin who have been entrusted with the responsibility of producing a vlog about the cosmos. There is no shortage of varied and impressive experiences in this everyday life that is anything but banal. The project the two friends are tackling is tough and may seem complicated, but fortunately, a certain David Saint-Jacques, a famous Canadian astronaut, and Yannick Bergeron, a chemist, are there to provide answers to several questions.

Massi on a mission

Massi Mahiou is passionate. He is known to have various fields of interest covering a wide range. Among them is space. In the first season of this series of capsules, the one who made himself known as a youtubeur accepted a major challenge launched by the famous astronaut David Saint-Jacques: that of preparing as any traveler would do in front of soar above the clouds. A stimulating but demanding challenge!

In a galaxy near home you

The cult series released more than 20 years ago has made the universe a hilarious place where the crew of the Romano Fafard spaceship – led by Captain Charles Patenaude – is not there to make history. With no educational or exploratory aim, the texts of this comedy plunge unrestrainedly into fiction and make absurd humor their best friend. With renowned actors, this still makes it a must on the small screen in Quebec.

► On the airwaves and on the Unis TV website

My life in space

Experienced astronaut Jean-François Clervoy takes pleasure in answering children's natural questions. Thanks to the 41 capsules varying from one to two minutes, we learn a lot of funny things, like the fact that we fart more in space than on Earth, and other simply human things, such as the feeling felt during a takeoff. A wealth of information.

In the not-too-distant future, an enthusiastic commander and crew members who have acquired abilities to explore galaxies embark on a long quest at the behest of the government. Of course, not everything goes smoothly. Constant dangers await these patrollers who, out of duty and kindness, make it their mission to alert extraterrestrials to the presence of villainous characters.

Intended for toddlers, this animated production follows three colorful space shuttles who can see, hear and speak . They explore the universe and let themselves be seduced by its charms. With their friends from the space academy, they find themselves near imposing elements such as the sun, the moon, volcanoes and craters. Their funny faces, their beautiful values ​​and their adventures without villains to fight make the show an ideal cure for nightmares.