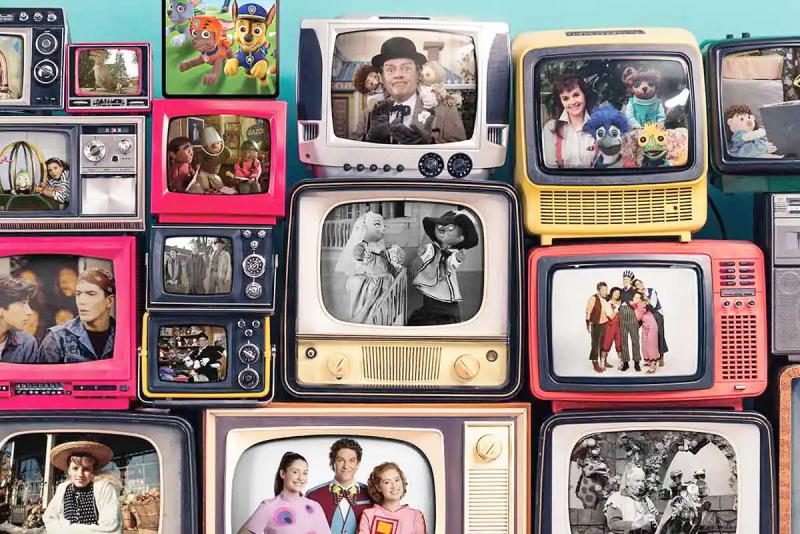 Because it has itself been a work of art since 1952, Canadian-produced children's television now has its own exhibition at the Canadian Museum of History in Gatineau. Indeed, since the beginning of September, young and old alike can enjoy From Pépinot to La Pat'Patrouille – Our television childhood, a journey spanning 70 years that looks at nearly 100 productions conceived in the country.

Developed to appeal mainly to children aged 2 to 11, this initiative is full of excerpts from programs in French, English or even Indigenous languages. It is based not only on more than 30 audiovisual productions, but also on 80 costumes, various puppets, multiple decorative elements and numerous accessories that smell good of nostalgia.

In addition to the adventures of the Pépinot and Capucine puppets, and those of the animated dog band of Pat'Patrouille, with a certain Ryder in mind, the exhibition designed in collaboration with Radio-Canada/CBC and with the participation of Télé-Québec offers a return to classics such as Anne of Green Gables, Bobino, Degrassi, The Surprise Box, Mr. Dressup, The Friendly Giant, Takuginai, Passe-Partout and Watatatow.

In short, it casts a wide net, because the stars of these shows and so many others have left an indelible mark on many households.

“Over the years, all of these beloved TV characters have inspired children across the country to connect with their emotions and the adults around them, while preparing them for school,” said Caroline Dromaguet, Interim President and CEO of the Canadian Museum of History.

From generation to generation, young people watch television here. It's just the headliners that change.

“I arrived in Canada when I was 6 years old, added Caroline Dromaguet. I remember watching Passe-Partout with great interest because it really helped me understand what culture I was coming from. To learn what snow was, for example. I also remember watching Romper Roomwith my English-speaking friends […] For my daughters, Caillou was there for a large part of their lives: he taught them how to brush their teeth, to sleep alone in their room, to prepare for the arrival of a little brother, which happened at the same time as La Pat'Patrouille. »

Although it must constantly negotiate with challenges, youth television – both Quebec and Canadian – relies on specific and thoughtful mandates, as is the case with the Crown corporation.

“For decades, it has always been important to create content like this because we prepares the generation of tomorrow, let know Yvan Cloutier, general manager of ICI Ottawa Gatineau. Create entertainment, educational moments and, above all, reach young people where they are. Creating stimulating universes and lighting a certain flame in them is extremely important. »

Adult audiences have a full year to relive their memories and allow children to create them, because the exhibition From Pepinot to La Pat'Patrouille – Our TV Childhood will be presented until September 1, 2023. To purchase tickets: museedelhistoire.ca.