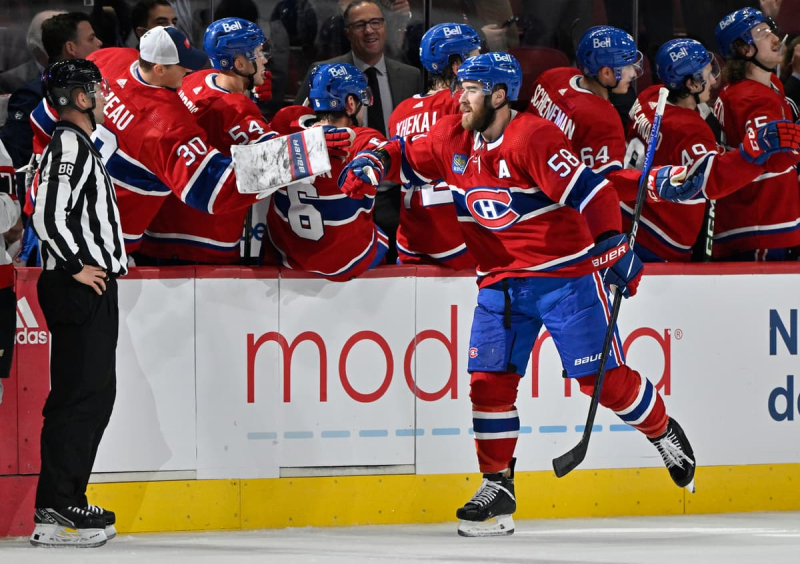 COLUMBUS | There is only one jersey on the ceiling of Nationwide Arena. This is the number 61 of Rick Nash, the Blue Jackets' first major offensive star. David Savard's 58 will never be hoisted, but he will always be a popular figure in Ohio.

Savard has worn the Blue Jackets for 597 games, which places him fifth in team history. Even today, almost two years after his trade with the Lightning, he still has a palpable influence within the Jackets.

Crossed in the halls of the amphitheater before Tuesday night's game against the Philadelphia Flyers Zach Werenski spoke with great delight about his former teammate.

Like Kaiden Guhle, Jordan Harris, Arber Xhekaj and Johnathan Kovacevic, Werenski took advantage of the advice of the big-bearded defenseman in his NHL debut in 2016-2017.

“You see what he does on the ice, he takes care of the intangibles,” said Werenski, who will be out for the rest of the season with a serious shoulder injury. He blocks shots, he plays shorthanded, he protects a lead late in the game and he shoots. He always has difficult minutes.

“But off the ice, Savy is just awesome. You want to gravitate around him. When you are young, you need to turn to a player like him. He facilitated my integration into the NHL. »

Vladislav Gavrikov scored the game-winning goal in overtime in a 5-4 win over the Flyers. The 26-year-old defenseman was already smiling easily in the Jackets locker room, but he was just as happy to slip in a few words about Savard.

The Jackets' 2015 6th-round pick, Gavrikov made joining Columbus for the 2019 playoffs, but establishing himself as a regular defenseman in 2019-20.

“I learned a lot from Savy,” Gavrikov replied. He was my first blue line partner in the NHL. He helped me on the ice, but also outside the rink. I came from Russia, it was my first season in North America. I needed a guide. He helped me a lot. He made me laugh too.

“He did a lot of things for me off the ice,” he continued. I can only thank him. There are a lot of little everyday things he could help me with. I asked him questions and he always answered me with a smile. He has a big heart. He was an important soul inside that locker room. »

Martin St-Louis often talks about his desire to establish a good culture in Montreal.

While he does not have star status, Savard is the type of player who helps find the winning recipe. Werenski is convinced of this.

“Savy would be one of my first choices to establish a good culture within a team, explained Werenski. He's not a spectacular defenseman, but he does all the things you want to teach to become a complete NHL player. If I was starting a team and wanted to instill a winning culture, Savy would definitely be at the top of my list. He is an amazing person. »

Brad Larsen, the head coach of the Jackets, shared the same opinion.

“I am not surprised to see that David is playing a big brother role in Montreal. I was an assistant coach at Springfield for David's American League debut (2010-11). He was coming out of the junior ranks and he was an offensive defender. He won the title of defender of the year in the Canadian Hockey League (2009-2010).

“But he found a way to turn his game upside down. He has become a very complete defender, a defensive guy who blocks shots. They nicknamed him the lumberjack in Columbus with his big beard. He has bruises on his body, but he never complains. Yes, he is a good defender, but he is also a very good person.

With 52 blocked shots, Savard is second in the NHL this season.