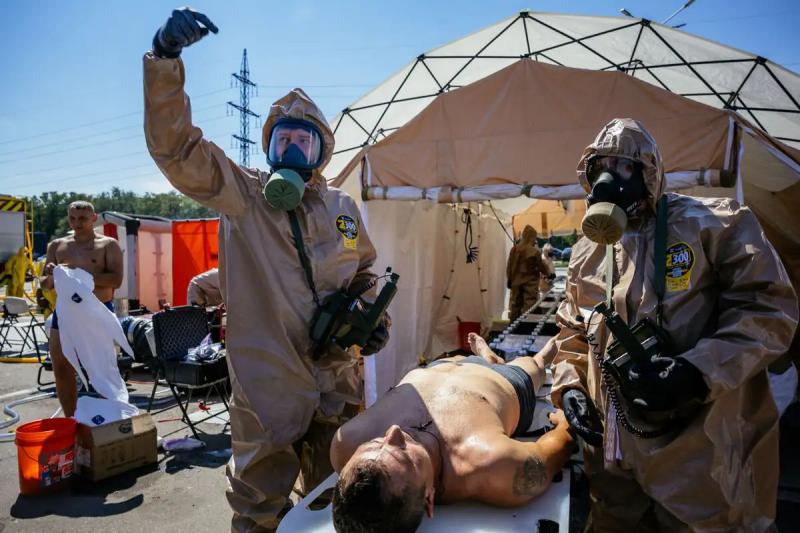 NATO Secretary General Jens Stoltenberg said on Wednesday it was “urgent” for an International Atomic Energy Agency (IAEA) “inspection” to take place at the Russian-controlled Zaporizhia nuclear power plant in Ukraine. and around which strikes and clashes are increasing.

The power plant, the largest in Europe, was taken in early March by Russian troops at the very beginning of their invasion of the 'Ukraine. Since August 5, Kyiv and Moscow have accused each other of bombing there, while strikes once landed near a radioactive storage building, and another time caused the automatic shutdown of a reactor.

The occupation of the site by Russian soldiers “constitutes a serious threat to its security and increases the risk of a nuclear accident or incident (…) There is an urgent need to authorize an inspection by the IAEA and to obtain the withdrawal of all Russian forces,” Stoltenberg said at a press conference.

Russian control of Zaporizhia “endangers the population of Ukraine, neighboring countries, as well as the international community,” he insisted, speaking after a meeting with Serbian President Aleksandar Vucic.

The recent strikes that targeted the plant, raising fears of a nuclear disaster, have provoked a meeting of the UN Security Council last week and IAEA Director General Rafael Grossi pleaded for a mission to be sent to the site “as soon as possible” to inspect the site.< /p>

Russia has accused the UN services of having prevented the IAEA mission. Ukraine, for its part, opposed it, considering that it would legitimize the Russian occupation of the site in the eyes of the international community.